Since 2000, Naomi Klein has been in the spotlight when No Logo: Taking Aim at the Brand Bullies (her first book), an account of the rise of anti-corporate resistance, marketing, and sweatshops, established her as an amazingly capable systems thinker and an author of unusual foresight. Today, Naomi is one of the world’s most voices in Canada as well the world, raising her voice against capitalism’s negative influence on the earth’s ecosystem and human lives in order to make the planet a better place. She constantly raises her voice against deadly terror attacks, record-breaking storms, the disappearance of thousands of migrants, and the rising racist movements that go on without any halt. Naomi Klein isn’t just an author, but a woman who defines determination and resilience.

A Brief about Naomi Klein

Naomi Klein was born on May 8, 1970, in Montreal to American parents who were Jewish with a history of peace activism. She was brought up in a family of activists. Her parents left the United States for Canada in 1967 to protest the Vietnam War. Naomi’s mother used to be a feminist filmmaker, her father’s a physician and also a member of the Physicians for Social Responsibility, and her grandparents were once communists.

A Few Lines about Naomi’s Transition

When Naomi was young, her concerns chafed with the concerns of her socially active family. Instead of joining her parents in activism, Naomi decided to be the quintessential teenager who spends her time at shopping malls looking at designer brands. However, Naomi experienced her resuscitation at the age of 17 when her mother became handicapped due to a severe stroke. Instead of attending the University of Toronto, she spent a year looking after her mother. The following year after she began her studies at the Toronto University, the Ècole Polytechnique Massacre of female students happened in 1989 that proved to be a wake-up call for feminism. This is what stopped Naomi from becoming such a disengaged teen to a socially active journalist ready to fight in order to make the world a better place to live.

Naomi’s writing career started with contributions to a student newspaper – The Varsity, where she was the Editor-in-chief. After Naomi’s third year at the Toronto University, she dropped out to take a job at The Globe and Mail, followed by a position as an editor at This Magazine. She returned to Toronto University in 1995 with the intention of graduating but left the university for a journalism Internship before earning the degree credits required for her degree.

Naomi’s interdisciplinary and omnivorous interest in other things has made her a leading voice on the destructive effects of unbridled capitalism. Her first book – No Logo, was published in 1999 that explored corporate branding targeting youth, limiting consumer choice, and generating global profits that hinge on sweatshops and abusive labor conditions. Her focus on resisting social injustice and the achievements of such justice movements make her books successful and hopeful. In this book, she provides instances of counter-branding movements as a scheme of social activism.

Since then, Naomi Klein went on to publish seven more books (Fences and Windows, The Take, The Shock Doctrine, This Changes Everything: Capitalism vs The Climate, No Is Not Enough: Resisting Trump’s Shock Politics and Winning the World We Need, The Battle for Paradise: Puerto Rico Takes on the Disaster Capitalists, On Fire: The Burning Case for a Green New Deal). All of her books carry social messages and she acknowledges that the difficulties and challenges are mammoth, but suggests that all these can be tackled with sheer grit and determination. All of Naomi’s books are best-sellers and she received many accolades and appreciations for her progressive and forward-looking writings.

Naomi Klein has received many honorary degrees and awards over time:

For more information regarding Naomi Klein, one can simply scroll through her official website and explore more. 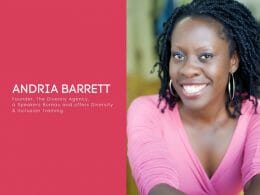 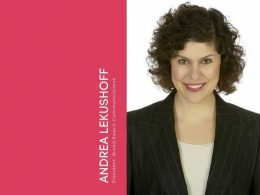 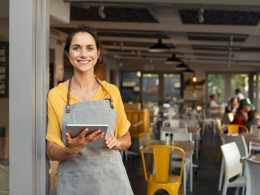 Lisa and Patrick Beecroft started their cafe, Gabi & Jules after their elder daughter Juliana was diagnosed with…
byCanadianSME 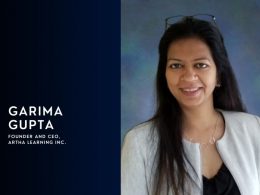