Today, Canada’s Building Trades Unions (Union) launched In The Trades, a federally-funded program that will help apprentices get started in the skilled trades. Over the next two years, In The Trades will provide financial incentives and training support for unionized small and medium-sized contractors that hire, train, and retain first-year apprentices to address labour availability across Canada.

“Canada’s Building Trades Unions are leaders in delivering the highest quality training to produce the safest, skilled trades workforce anywhere in the world. With the Building Trades vast network of training centres and employers; and world-class apprenticeship programs, we can ensure apprentices can access job opportunities, training and support to not only start an apprenticeship but complete it,” said Sean Strickland, Executive Director, Canada’s Building Trades Unions. “With the support of the federal government, In The Trades will create opportunities for more Canadians from equity deserving groups to get started in an apprenticeship, while providing support to unionized contractors to grow Canada’s skilled trades workforce.”

CBTU has partnered with SkillPlan and SRDC on the project to develop customized training programs to support employers and apprentices with recruitment, onboarding, and retention. The goal is to secure 4,000 skilled trades positions with a focus on supporting candidates from equity deserving groups. CBTU has launched an online portal to streamline the application process for unionized employers and first-year apprentices to meet this goal. The program will run between September 2022 and March 2024 and CBTU will work with provincial and local building trades councils and affiliates across the country.

“The Building Trades of Alberta is dedicated to increasing diversity in the skilled trades and to fostering an inclusive work environment. This includes attracting and retaining more groups like women, Indigenous, new Canadians, youth and apprentices to our unions through various outreach campaigns. Not only does this help bring in new talent and foster the next generation of skilled trades professionals, but it also helps fill the looming labour gap felt in our industry,” said Terry Parker, Executive Director, Building Trades of Alberta. “CBTU’s In The Trades – made possible with generous support from the federal government – will not only help these groups and others skill up, but it will also place them in rewarding careers in the unionized skilled trades, ones with pension, health and welfare benefits, and community and family-supporting wages.”

Canada’s Building Trades Unions are an alliance of 14 international unions in the construction, maintenance and fabrication industries that collectively represent 600,000 skilled trades workers in Canada. Each year, our unions and our signatory contractor partners invest over $300 million in private sector money to fund and operate over 195 apprenticeship training and education facilities across Canada that produce the safest, most highly trained and productive skilled craft workers found anywhere in the world. Canada’s Building Trades Unions represent members who work in more than 60 different trades and occupations and generate six per cent of Canada’s GDP. For more information, go to www.buildingtrades.ca

About Building Trades of Alberta

The Building Trades of Alberta is comprised of 18 Alberta union locals and more than 60,000 skilled trades professionals from across the province.

BTA proudly coordinates, promotes and advocates the common interests of our affiliates, whose members work in the residential, commercial and industrial construction industries, as well as in maintenance and fabrication.

We coordinate and promote the interests of 18 Alberta local trade unions whose 60,000 members work in the residential, commercial and industrial construction, maintenance, and fabrication industries. 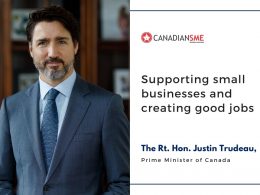 EDMONTON, AB, April 12, 2022 /CNW/ – Small and medium-sized businesses are the backbone of the Canadian economy and the…
byCanadianSME 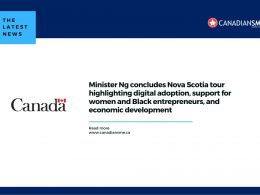 HALIFAX, NS, July 30, 2022 /CNW/ – Small businesses are at the heart of Canadian communities and are the engines…
byCanadianSME 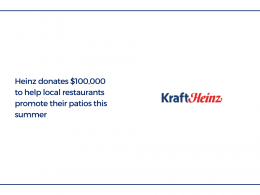 Heinz will select 100 independent restaurants across the country to receive $1,000 each in digital advertising TORONTO, July 26, 2021 /CNW/ –…
byCanadianSME 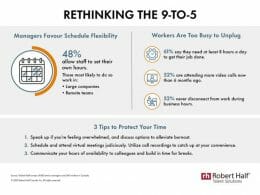 Survey: 48 Per Cent of Managers in Canada Allow Employees to Set Their Own Hours