Taxes, incentives, supports all top of mind in a new KPMG in Canada survey of medium-sized companies

TORONTO, March 3, 2022 /CNW/ – Heading into the third year of the COVID-19 pandemic, Canadian business leaders want measures in the upcoming federal budget that will support innovation and growth amid the latest risks to a global economy already struggling with rising inflation and supply chain issues, finds a new KPMG in Canada survey of 508 medium-sized companies. Yet, despite it all, they remain optimistic for the future with most expressing confidence in their company’s growth prospects.

Nearly nine in 10 (88 per cent) of medium-sized companies surveyed tapped government support programs for assistance during the pandemic and almost four in five (78 per cent) feel they still require relief programs to survive. In light of the challenges companies have faced over the last two years, an overwhelming majority (89 per cent) say they must invest quickly in digital operations and 82 per cent believe their industry is in “for a major shakeup” and will require government support for them to invest in emerging and clean technologies.

“The vast majority of business leaders told us that they’re looking for support to help them invest in digital innovations that open up new business opportunities and revenue streams and build their resiliency to better weather economic storms,” says Mary Jo Fedy, National Leader, Enterprise, KPMG in Canada. “They also believe that targeted government relief programs that help the hardest hit businesses and individuals should be maintained in the  near-term. Our poll findings also indicated that skilled labour shortages continue to represent a risk to recovery.”

While business leaders appreciate targeted government relief programs, they are concerned about how governments will fund them and the potential tax implications of further spending, adds Dino Infanti, National Leader of Enterprise Tax for KPMG in Canada.

“Our poll findings show that a majority of business leaders are concerned that higher taxes will  stifle economic growth, investment, and consumer demand,” says Mr. Infanti. “They want a fiscally-sound approach from this budget that features highly targeted relief programs, prudent stimulus spending, and modern tax policy that will boost Canada’s growth potential. Striking the right balance in these three areas will go a long way toward improving business confidence and accelerating the transition to a greener, digital economy.”

Well over nine in 10 (95 per cent) business leaders want governments to invest in major infrastructure projects to position society/economy for future growth, with 46 per cent agreeing strongly.

“Our research shows that business leaders are mostly looking for projects that build industrial capacity, such as public transit, rail, ports – and of course, alleviate supply chain issues,” says Gary Webster, National Leader of KPMG’s Infrastructure team and Head of Capital Projects Leadership. “With inflation driving up the cost of everything, tax dollars will need to be spent strategically to make the most impact.”

The poll also found that:

“Medium-sized business leaders are ready to do their part to foster and support Canadian ingenuity and achieve strong, post-COVID economic growth,” says Ms. Fedy. “But they are also counting on policies that will enhance long-term productivity and lay the foundations to support their future competitiveness and agility.”

About KPMG in Canada
KPMG LLP, a limited liability partnership, is a full-service Audit, Tax and Advisory firm owned and operated by Canadians. For over 150 years, our professionals have provided consulting, accounting, auditing, and tax services to Canadians, inspiring confidence, empowering change, and driving innovation. Guided by our core values of Integrity, Excellence, Courage, Together, For Better, KPMG employs more than 10,000 people in over 40 locations across Canada, serving private- and public-sector clients. KPMG is consistently ranked one of Canada’s top employers and one of the best places to work in the country.

The firm is established under the laws of Ontario and is a member of KPMG’s global organization of independent member firms affiliated with KPMG International, a private English company limited by guarantee. Each KPMG firm is a legally distinct and separate entity and describes itself as such. For more information, see home.kpmg/ca. 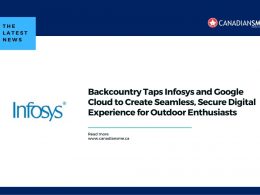 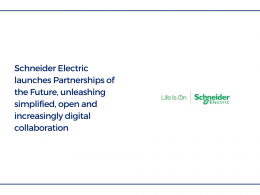 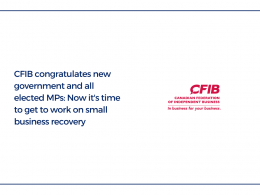 CFIB congratulates new government and all elected MPs: Now it’s time to get to work on small business recovery 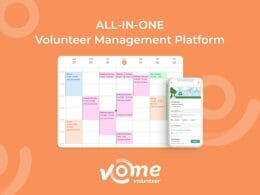