The report, which explores business growth trends, challenges and opportunities among Canadian retail SMBs, reveals that those who export are among the most optimistic, scoring 79 points on the Index. Nearly half (47%) of exporting retailers project their export sales will increase over the next five years (13% anticipating a significant increase), and they are far more likely than their non-exporting counterparts to believe that there are new market opportunities for their business, both international and domestic (79% vs. 49%, respectively).

Selling specifically to the U.S. plays a critical role for retail SMBs, with a quarter of exporters reporting the majority of their sales coming from our neighbours to the south, and the rate of SMBs exporting to the U.S. increased by 50 percent since last year (57% vs. 38% in 2017). Further, though the report was fielded before the United States-Mexico-Canada Agreement was finalized, it is clear that Canadian retail SMBs value a continued trading relationship: Three-quarters (74%) of respondents believe that a trade deal with the U.S. is at least of some importance to the success of their business; jumping to 87% among those who currently export.

“Exporting is key to unlocking growth opportunities, and technologies like e-commerce and global marketplaces like eBay are democratizing global trade like never before — there is a good reason for increased optimism among the Canadian SMB community,” says Andrea Stairs, General Manager of eBay Canada & Latin America. “Given its size, proximity and similarities to Canada, the ability to tap into U.S. market demand is particularly vital for Canadian SMBs looking to scale.”

While 54 percent of SMBs believe increasing exports is important for continued business growth, the vast majority (93%) cite challenges to selling internationally. Shipping costs, (50%) efficient shipping options, (34%) trade policies and tariffs (30%), and Canada’s cross-border trade relationship with the U.S. (30%) were cited as the most common barriers. Further, out of all general businesses challenges cited by SMBs, the only issue that increased in probability in 2018 was exporting barriers and border policies.

“As an enabler of international trade, eBay Canada has long been an advocate for reducing the frictions faced by SMBs looking to engage in the global economy,” said Stairs. “Canadian retail SMBs are thinking globally and have the tools and technology available to them to reach customers around the world, but some fundamental infrastructure and policy issues persist that constrain their ability to participate in global trade.”

Optimism varies across the country

Rate of exporting increased significantly this year, particularly to the U.S.

For more information, or to download the infographic, visit the eBay Canada Press Room at eBay.ca/pressroom.

About eBay
eBay Inc. (NASDAQ:  EBAY) is a global commerce leader including the Marketplace, StubHub and Classifieds platforms. Collectively, we connect millions of buyers and sellers around the world, empowering people and creating opportunity through Connected Commerce. Founded in 1995 in San Jose, Calif., eBay is one of the world’s largest and most vibrant marketplaces for discovering great value and unique selection. In 2017, eBay enabled $88.4 billion of gross merchandise volume. eBay is visited by more than 8 million unique Canadians per month (comScore Media Metrix: August 2018). For more information about the company and its global portfolio of online brands, visit www.ebayinc.com. 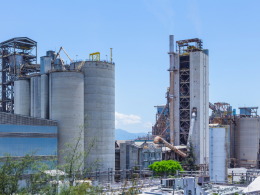 The Top 10 Most Innovative Manufacturing Companies In Canada

The manufacturing industry in Canada is constantly evolving and exploring new realms that technological innovation offers. These innovations…
byCanadianSME
1 share
1
0
0 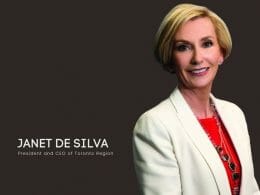 President and CEO of Toronto Region Board of Trade, Janet De Silva discusses the limited availability of resources…
byCanadianSME 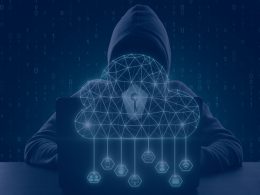 Your Business Has Been Hacked. Now What?

By: Diane Amato  A cyber attack on your business isn’t so much a question of “if” but “when”…
byRBC 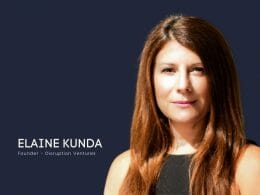 Key Advice To Small Business Owners For 2021 By Elaine Kunda