Remember the days when you, or your accountant, could negotiate with the Canada Revenue Agency and settle a matter without the worry of punitive fines or protracted litigation? Those amenable outcomes are now far harder to come by.

The current reality for owners of small and medium-sized businesses across Canada is a CRA staffed by aggressive auditors whose interpretation of the Income Tax Act isn’t always favourable to otherwise tax-abiding entrepreneurs.

This isn’t a new problem, of course. It’s been mounting over the past decade and peaked two years ago when the federal government hired dozens of new auditors and, at least implicitly, made it known that tax collection trumped cordiality. A new culture took hold across the agency and, right or wrong, business owners have been paying the price ever since.

At the same time, the CRA has been steadfast in the implementation of new high-tech tools to catch tax cheats. Advanced algorithms parse tax-filing data for irregularities or patterns of potential malfeasance, then flag and review files in a fraction of the time that it once took buildings-full of inspectors to do the same.

Of course, we can all agree that Ottawa’s commitment to catching fraudsters is laudable. Those who attempt to avoid paying their fair share to the federal treasury should be punished.

But this isn’t simply about fraud or willful non-compliance. The vast majority of entrepreneurs comply with the Income Tax Act, and even though mistakes do happen—as we often see when a deduction or credit is disallowed, for example—business owners will actively work to correct the error and make payments, including potential fines and interest, as per CRA rules.

What we’re seeing now is something altogether different: an orthodox, punitive application of the law that presumes guilt, often resulting in an uphill battle for taxpayers trying to prove their innocence. The measured enforcement of yesteryear has largely disappeared.

Case in point: The introduction of a new Voluntary Disclosure Program that came into effect in March 2018, negated the benefits to entrepreneurs who might otherwise proactively come forward to disclose tax oversights or errors. The indiscriminate—and rapidly-increasing—use of desk audits to watch for potential fraud or catch basic mistakes is also problematic. Then there are the cases involving our own clients where the CRA has been materially incorrect in their interpretation of case law and tax legislation but refused to admit their error. In one instance, one of our clients was forced to pursue litigation after the agency applied a gross negligence penalty on taxes owed on the client’s return. The client eventually won on appeal, but only after incurring significant costs in challenging the decision. Some agents’ accusatory tone and unwillingness to afford the benefit of the doubt have made an already difficult situation intolerable.

In one high-profile case, the CRA was ordered to pay $1.7 million in damages to a B.C. couple charged with 21 counts of tax evasion relating to tax returns from various businesses. Even though the agency was incorrect in its interpretation of case law, it pushed forward with prosecution before a judge took the extraordinary step of calling out senior CRA inspector Keith Kendal:

“The CRA is vicariously liable for the conduct of Mr. Kendal and its employees,” the judge stated in his decision. “Its conduct, in this case, was high-handed, reprehensible and malicious … It offends this Court’s sense of decency and was a marked departure from the conduct expected of an individual in Mr. Kendal’s position and an agency such as the CRA.”

A high-profile case such as this must have prompted a rethink of aggressive CRA policies, right? Think again.

For the first time, Ottawa this year applied the Criminal Code of Canada’s proceeds-of-crime provisions to a tax case. In this instance, it was used to prosecute an Ottawa couple accused of under-reporting $3.1 million in rental income on several commercial and residential properties, as well as several related crimes including the manipulation of supplier invoices.

The individuals are not charged with international money laundering or terrorism, illicit activities the law was designed to curb. No, these are your everyday, run-of-the-mill alleged tax evaders. But by invoking proceeds-of-crime legislation, the CRA can seize foreign assets, not to mention property ranging from homes to cars, as a case makes its way through the courts. Tax cheats convicted under this legislation are also prevented from declaring bankruptcy to bypass the payment of back taxes. The pressing question: who will police overzealous CRA officials who might attempt a wider application of heavy-handed laws intended to catch terrorists?

Here’s the problem (among many) with employing these tactics. Because most business owners are forced to take on at least some accounting duties in their business—even if they rely on a professional to aid with the preparation of their annual tax returns (as most do)—the vast majority of CEOs have almost no understanding of the Income Tax Act (and why would they?). They’re often forced to juggle multiple duties in their business, from managing operations to marketing and everything in between, and have no time to stay abreast of tax law developments. Therefore, they are prone to making errors that are more indicative of financial clumsiness than deliberate attempts to defraud the government of Canada.

In some cases, the CRA’s current, hawkish approach to tax collection costs the federal treasury revenue when auditors are incorrect in their application of the law, thereby wasting thousands of dollars in unnecessary legal fees when a case goes to court while sullying the agency’s reputation along the way.

The difficult reality is that all the griping in the world won’t change the situation for Canada’s entrepreneurs, at least not until the CRA’s culture is refocused on customer service and mutually beneficial collection outcomes that make sense.

Until then, entrepreneurs are best advised to choose an experienced and reputable tax professional to handle their personal and corporate tax affairs, while putting a high priority on filing those returns accurately and on time. Sound accounting practices and risk mitigation are the watchwords of the day.

If you, or your accountant, were ever inclined to make dubious claims or test the limits of CRA’s tolerance for unnecessarily creative tax minimization techniques, now is the time to think twice. 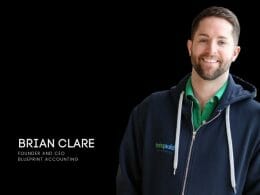 How Accounting can be faster and easier for your business

Brian Clare, Founder and CEO of Blueprint Accounting “Hey there, my name is Brian Clare and I’m the…
byCanadianSME 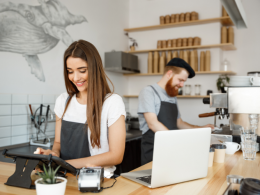 The Role of Technology In Various Aspects of Small Businesses 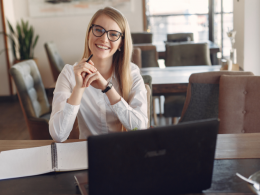 For start-ups and newly established small businesses, growth can be one of the hardest goals to achieve. There…
byCanadianSME 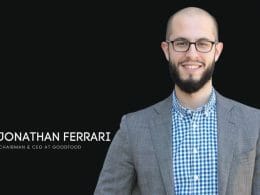