TORONTO, Dec. 3, 2021 /CNW/ – More than 60 per cent of Canadian shoppers say they showed spending restraint by staying on budget for this year’s Black Friday and Cyber Monday sales, but one-in-four (23 per cent) report they overspent significantly. For those who struggled to stick to their budgets, the impact of the first major spending event of the holidays could lead to less cash on hand for gift-giving this holiday season and more credit card debt as they head into 2022.

The results of the new consumer survey, conducted by FP Canada™ among members of the online Angus Reid Forum, showed the average Canadian shopper spent about $385 in total on both shopping events — and those who did go overbudget spent, on average, more than three times as much (269 per cent more) as they’d planned to.

But the majority of Canadians kept their spending under control, particularly those in the Prairies, where almost 90 per cent say they kept or came in under budget during the several days of sales that comprise Black Friday/Cyber Monday.

“Whether due to added frugality, inflation fears or an increased focus on staying financially responsible this year, it’s clear that Canadians are watching their wallets this holiday season,” says Tashia Batstone, President & CEO of FP Canada. “While there’s always potential for an increase in last-minute spending, it appears that many Canadians may be giving themselves the gift of a stronger financial start to 2022 by sticking close to their budgets to end 2021.”

Nonetheless, the early-season overspending by some Canadians is likely an earlier indicator of increased holiday debt, with the survey showing that, on average, Canadians expect to carry $814 more in credit card debt into the new year than they had before the holiday spending season.

“With more bricks-and-mortar stores open due to easing pandemic restrictions, it’s easy to understand the temptation to spend. But it’s important for Canadians to be diligent about getting back on track financially if they’ve gone a little overboard already this holiday season,” Batstone said.

Younger Canadians aged between 18 and 34, in particular, had a tougher time sticking to their spending plans this year, with one-in-three (32 per cent) saying they spent more than they had budgeted for on Black Friday and Cyber Monday – nearly twice the proportion as those 55 and over. Canadians between 18 and 34 also expect to see the biggest spike in credit card debt from their pre-holiday average ($4,211) to their average expected credit card debt after the holidays ($5,486).

Shoppers in Saskatchewan and Manitoba, on the other hand, spent an average of $266 during the shopping holidays – nearly a third less than the national average.

While many Canadians may stay on track to rein in their spending throughout the remainder of the holiday season, others say they expect to take on more debt to spread added cheer this year. While Canadians with credit card debt average $3,962 of debt entering the holiday season, that number is expected to rise to $4,776 before 2022 kicks off.

Planning is the gift that pays for itself

Three-quarters (76 per cent) of shoppers who say they work with a professional financial planner kept to their Black Friday/Cyber Monday budget, and nearly seven in 10 say they entered the holiday shopping season (67 per cent) and expect to make it through to the new year (69 per cent) without carrying any credit card debt. That’s compared to only 49 and 51 per cent, respectively, of those who don’t employ the services of a CFP® professional or QAFPTM professional.

An online survey of 1,511 Canadians was completed between Nov. 30 and Dec. 1 among members of the online Angus Reid Forum. For comparison purposes, a probability sample of this size has an estimated margin of error of +/- 2.5 percentage points, 19 times out of 20. The survey was offered in both English and French. 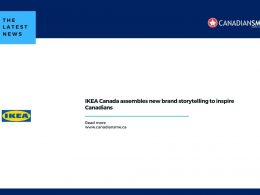 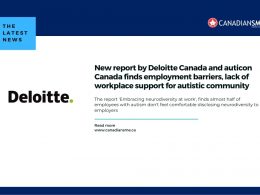 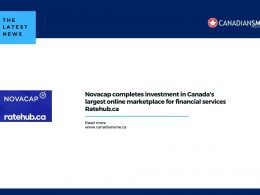 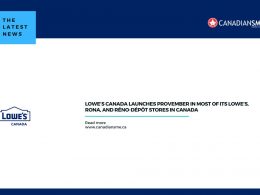 LOWE’S CANADA LAUNCHES PROVEMBER IN MOST OF ITS LOWE’S, RONA, AND RÉNO-DÉPÔT STORES IN CANADA