Evelyne Nyairo – Bringing a Positive Change in the World

March 8th is considered to be International Women’s Day. It is a global day to celebrate and recognize women and girls’ social, cultural, political, and economic achievements. It is also a time to raise awareness of the progress made in making gender equality a reality and the work that still needs to be done.

The Canadian Government’s motto for this year’s International Women’s Day is “Women Inspiring Women”. It celebrates every girl and woman who inspires the Canadians by showing leadership in the choices they make in their daily lives to move towards the social, cultural, political and economic spheres. Unlike many other countries, Canadian women have the freedom to study and be robust leaders in their chosen fields, care for and provide for their families, express who they are, and fight for their faith.

Canada has a gorgeous history of notable women whose accomplishments have led to positive change at home and abroad. Of course, virtually all women have more than one role in their lives, whether they’re split between personal or professional spheres. Nevertheless, there is one woman who has exceeded expectations in more ways than one, making her achievements shine even brighter. She made one stop and admired and showed a generation of young girls that anything is possible if they dream and then act to make that dream come true. The woman is none other than Evelyne Nyairo, the founder of Ellie Bianca.

A Brief about Evelyne Nyairo and Her Story

Evelyne Nyairo, the founder of Ellie Bianca, an environmentally sustainable, socially conscious and all-natural skincare line. She moved to Canada from Kenya when she was just 16. As a young girl brought up in Kenya, she thought about making a difference in the world. Evelyne always wanted to do something that traditionally women don’t do, so she chose science and engineering. She completed her undergraduate degree in Environmental Sciences with majors in Biology and Chemistry at The King’s University in Edmonton.

Before graduating, Nyairo got a job with an environmental water laboratory, and soon she became interested in quality management. However, Evelyne always wanted to be a diplomat and the “world’s greatest scientist.”

In 2011, Evelyne Nyairo travelled to Chad in Central Africa during one of her engineering projects. Since it was a beautiful country, she felt a strong connection and love for the people there, especially the women, and was amazed at their rich biodiversity. Evelyne has always been interested in healthy eating and healthy living. She was blown away by the wide variety of superfoods native to Chad, such as shea trees, moringa trees, hibiscus flowers, and cashews. She couldn’t help but notice how amazing the women’s skin was, harnessing the power of the plants and superfoods around them.

During that trip to Chad, she also witnessed how women were treated unfairly. As a result, Evelyne was motivated to help enhance women’s lives in Chad. As an engineer, she was the only Black woman in the room at management meetings, where she felt her share of inequality and the sheer need to justify herself constantly.

Before becoming a prosperous biochemist, Evelyne had to overcome several challenges. In her first year at the university, she was dripped out because of “cultural differences,” but finally managed to complete her degree in chemistry and biology; right around the same time, she found that she was pregnant.

The challenges faced by the women in Chad brought back memories of Evelyne’s personal experiences with discrimination. That’s when she decided to launch her own natural skincare company, Ellie Bianca, where she could use her chemistry and environmental science background to create truly sustainable and natural skincare products, empowering women and instilling confidence in them.

Since she operates a small but impactful business, Evelyne Nyairo is the recipient of the Women Entrepreneurship Knowledge Hub Micro-Business Award 2021. She considers Ellie Bianca to be more than just a brand. This is the philosophy that guided Evelyne’s socially conscious business.

Ellie Bianca, launched in 2015, is named after Evelyne Nyairo’s daughter, Eliana. She was one of the significant reasons why Evelyne found her business. It was Nyairo’s deep desire to bring a remarkable change to the world of women. Evelyne Nyairo has more than 15 years of experience working globally in the environment, stakeholder engagement, and social sustainability, which has helped her build authentic relationships that allowed her to source sustainable, natural, and ethical ingredients.

They consider beauty to be more than just an aesthetic. When people buy their products, they contribute to a better place for women. Ellie Bianca uses top-level ingredients that are sourced in an ethical and eco-friendly way, like their shea butter, which financially supports the African women who harvest it.

For more information regarding Ellie Bianca, one can simply scroll through their official website and explore the world of top-notch socially conscious skincare products. 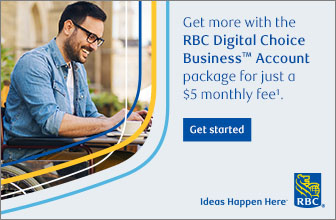 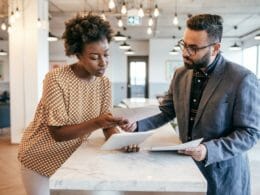 5 Small Business Challenges & How to Fix Them

Starting a business is a big deal for all enthusiastic entrepreneurs. However, maintaining the same is the biggest…
byCanadianSME 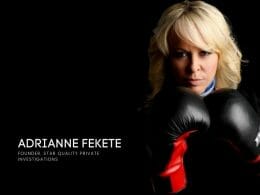 Adrianne Fekete, Founder, Star Quality Private Investigations When someone is as driven, passionate, and fiercely independent as Adrianne…
byCanadianSME 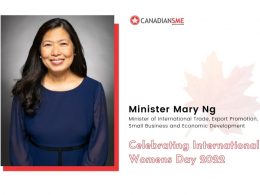 “While the pandemic has disproportionately impacted women, they faced systematic barriers long before it. For the past six…
byCanadianSME 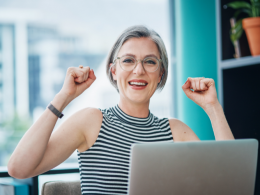 5 Reasons to Nominate Your Small Business in a Business Award

Businesses, especially the ones that are in the growing stage take up a lot of time. Naturally, it’s…
byCanadianSME
Total
0
Share
0
0
0
0
0