I Have Bipolar Disorder, and I’m a CEO: This is my Story

In 2020, we launched the Henry’s Foundation, led by Executive Director Amy Stein (my sister), to support the mental health of Canadians everywhere. We chose to support mental health for many reasons, but most importantly because we have mental illness in our family.

It’s not something we’ve talked about publicly until late last year, but we realized it was important to show others struggling with their mental health that these challenges don’t define us.

Henry’s has always been deeply rooted in community, and we believe very strongly in the importance of giving back. Over the years we’ve given to many causes and charities, but we decided to narrow our focus—to target a specific cause that our employees could get behind, that was important to our community and where we could make a big difference.

While mental health is being spoken about more widely, there is still a great deal of stigma in the business community.

To breakthrough, we recognized that we would have to open up about our own challenges. “We are part of this,” we said. “If we don’t tell our story, we are perpetuating the stigma.”

And that included me. So here is my story.

I have bipolar disorder.

I was in my first year at McGill University when my symptoms first appeared. My mood started fluctuating a lot, way up and way down, but at first, I chalked it up to living alone for the first time in a new environment.

Then one day I had a frightening experience. I was convinced I was in Arizona when I was actually at the Montreal airport. I was arguing with airport staff because they wouldn’t give me the bus schedule for Phoenix. I was confused and angry, and I left the airport completely frustrated.

It’s terrifying to know that my own mind had the capacity to betray me like that. Luckily, I was able to get back to my dorm.

Once I came down from that manic state, I called home. Hearing what happened, my Mom flew out immediately and took me to get help.

It was not a straight line to health. I tried several different medications and suffered from a range of side effects. It took many years to even get my diagnosis right. But I was lucky to have the support of my doctors and my family through the journey, and eventually, I was diagnosed with bipolar disorder. Today, I have medication that works, and I will likely use it to manage my condition for the rest of my life.

I’m happy to say that the airport episode is the worst one I ever had, and I have learned to manage my condition very well. I still sometimes have highs and lows, likely beyond what the “average” person experiences, and I’ve given my family (especially my husband) a carte blanche to call me out and to advocate for me if needed. I’m very lucky to have fantastic support.

No CEO in Canada, to my knowledge, has publicly shared their own struggles with a mental health disorder like mine. By staying quiet, however, we’re pretending that businesspeople with mental illness don’t exist. But we do.

We exist… and we’re successful.

Many people have asked me how my mental health affects our business. To be honest, it’s not something I think about very often. We have a strong system of governance to hold me accountable—just as every business should, whether the CEO has mental health issues or not. Besides, I’m not a command-and-control kind of leader. I’ve always collaborated closely with my executive team and advisors, and we work together to make sound decisions.

I hope that my story helps someone out there feel seen, understood, and empowered. My diagnosis has shaped my life, but it hasn’t controlled it. I’ve never let it keep me down. My life is rich and full. I’m a mother. I’ve been married for fourteen years. I run a revered Canadian company, which I successfully restructured in the midst of a global pandemic. I have wonderful friends and colleagues. And I have bipolar disorder. It’s part of who I am.

Author
Gillian Stein
I am very proud to be the CEO of Henry’s, the largest independent digital imaging retailer in Canada. Under my leadership, Henry’s has undergone a transformation from a traditional electronics retailer into one that encourages and builds on our customers’ creativity and passion. Our evolution includes delivering the best specialty retail experience across Canada, driving innovation to meet the future needs of our customers, expanding the brand to connect with the rapidly growing segment of content creators, including podcasters, YouTubers and other digital storytellers, and re-inventing the digital imaging category to take the business to greater heights. 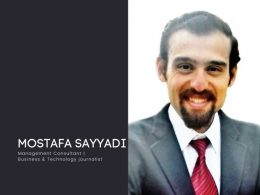 Ending The War Between Sales And Marketing Strategies 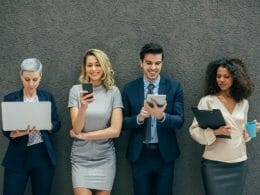 Tips for Networking as an Entrepreneur 

Starting a business is a daunting task that stretches even the most seasoned multitasking professional. That said, networking…
byCanadianSME 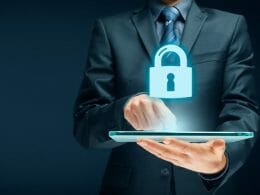 Think about it. Just because you have a small business, doesn’t mean that you do not have to…
byCanadianSME 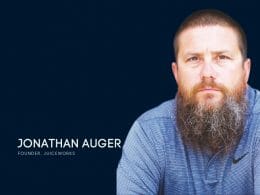