The Cookstown Foodland isn’t anything new in Canada, but the owner is. With years of experience as an Orangeville grocery store owner, Johanne Leduc, the current store owner is quite comfortable in her new role at 24-hour Foodland, which she purchased in August 2013, providing people robust offers and deals they can’t refuse.

It was almost straight out of a Norman Rockwell painting when Johanne Leduc began her career as a cashier working with her father at the IGA store in Montreal at the age of just 13. Leduc remembers the whole family growing up in the store, meeting families, greeting neighbours and also exchanging milestones with the customers.

Johanne’s dreams of owning her own store began in the early years of working alongside her father. Her father taught her the significance of listening to customers and remembering that every day brings new rewards and challenges. Her father always taught her to embrace change and make her shop better out of it. After getting her degree, she joined a program in Mississauga on how to efficiently run and manage a store, in order to fulfill her dreams of owning one.

Leduc’s father has always been her mentor and inspiration right from her childhood days. When Johanne entered the Tottenham Foodland store in 2012, she took the lessons she learned from her father when she was a young child and embarked on a new journey of building and growing a grocery store that reflected her community as well as increasing the value with an aim to create a shopping hub that encourages people to shop locally.

Even after 25 years, she is still dedicated to the Sobeys company. Presently, Johanne owns two stores, the other being the Foodland in Cookstown which she recently purchased. Running two stores has come with a lot of challenges as each store has its own unique needs and demands but it’s also been very rewarding for Johanne.

Besides being the franchise owner of these two store locations, Johanne is also involved in the Greater Dufferin Area Chamber of Commerce and was excited to also become a member of the Tottenham-Beeton and the District Chamber of Commerce.

Johanne, being part of the Chamber, assists with advertising and promoting numerous events. She believes it is a great help for any business that’s looking to grow with the community they are serving.

As a newcomer to the Tottenham community, Leduc set out to find more about the community and soon got engaged by backing many local events with the community. From there, Johanne Leduc began building a relationship with her customers by simply asking them their needs and what they want to see at their local grocery store. She is constantly striving to achieve added value for her customers. When new families choose Tottenham as their residence, she quickly recognizes the requirement for unique products in order to satisfy every palette.

Johanne Leduc gives a lot of credit to her staff members for efficiently managing the Tottenham Foodland store and attributes a lot of the store’s success to her store manager, Colleen Hunt, as well as the rest of the in-store teammates. They have wholeheartedly supported Johanne and stood by her through thick and thin, appreciated and acknowledged her very ideas and initiatives right from the initial days.

Johanne, along with her in-store teammates, never fails to take a closer look at customer feedback, offering a wide variety of foods and services that appeal to people of diverse nationalities.

According to Leduc, there are specific strategies when it comes to creating a nice shopping experience for customers and competing with other nearby shopping centres. She believes that making sure the store is packed with products is very important in this cut-throat competition, as well as a great customer service and clean store.

Leduc believes it’s necessary to make shopping exciting and different for customers as much as possible. She wants to eliminate the dread of typical grocery shopping for people and create more interactive opportunities for them.

Owning a retail store is all about propelling forward, going with the trend, calculating the next strategy, setting new standards, and driving innovation.

Besides Johanne’s father, who taught her the ins and outs of how to manage a retail store with efficiency, there are few names and people that she is indebted to for her thriving career that’s filled with success.

Johanne is incredibly lucky to have worked with teammates and managers at Sobeys who share common values and foster a supportive environment. She believes Sobeys Inc. (under Empire Company) has helped her identify her talents and given her all the opportunities to advance in her career and has also imparted skills and knowledge that helped further her career as a retail store owner. She is thankful to Sobeys for their unwavering support throughout her career.

Johanne Leduc on Overcoming Stigma in a Male-Dominated Industry

In the present day, the age-old notion of “male-domination” in the retail sector has taken a back seat since Johanne Leduc, has successfully broken this stereotype and excelled in her field. She has turned her back to such notions and went on to pursue a career that stereotypically is “male-dominated”.

Johanne Leduc believes that anyone can achieve anything and that nothing’s off-limits, saying goodbye to cultural and social stigma. As a woman in the retail sector, she empowers her female staff and never takes a step back from it since she is of the view that in order to make this world a better place, women need to work together as well as build each other up, only then it’ll be possible to break barriers and shine.

Johanne Leduc believes that anyone can achieve anything and that nothing's off-limits, saying goodbye to cultural and social stigma. Click To Tweet

Thus,  both Tottenham Foodland and Cookstown Foodland are free of gender bias, empowering women to believe in themselves since nobody else is going to. Johanne Leduc has made it a priority to promote women from within as well as her stores in order to break the bias that exists in the world.

Johanne Leduc feels that the retail industry of today has become far more diverse than when she first set foot. There are more women represented in this sector today and most of them are doing well without becoming ‘one of the boys’, standing out from the blokes and offering new perspectives to their respective fields.

It is great to see a woman successfully establishing herself in the retail sector which has been was earlier dominated by men in past. It takes a certain amount of strength, fearlessness, intelligence, and confidence to achieve this. And Johanne Leduc has beautifully established her position in the retail industry, taking one foot at a time, and that too, with grace.

On this International Women’s Day and beyond, Johanne Leduc wants women to be confident and true to themselves. She believes these are the most courageous acts. Knowing that they are strong and capable can help them tackle all the obstacles that come in their way. 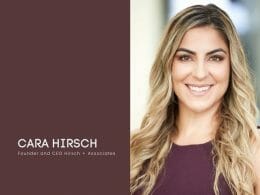 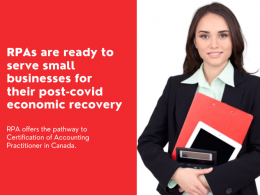 RPAs are ready to serve small businesses for their post-covid economic recovery.

RPA offers the pathway to Certification of Accounting Practitioner in Canada. The Canadian Institute of Accredited Public Accountants…
byCanadianSME 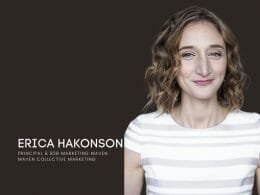 What Does Today’s Modern B2B Marketer Need To Succeed

How to stay up to date in the world of marketing today with continuous search engine algorithm changes,…
byErica Hakonson 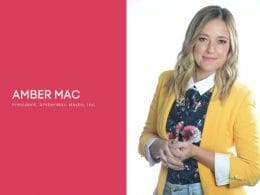