Kerin John – A Spirited Woman Entrepreneur to Watch Out for

Numerous factors influence black business. Common factors known to many are access to racism and capital. According to various publications, black businesses have access to less than 9% of venture capital funding. Many black businesses are also moderately unpopular since they do not have enough capital to expand or advertise their business.

Meanwhile, searches for “Black-owned” surged from late May to June 2020, according to Google trends. Since then, it has declined but remains at a higher level than in the past 10 years.

To promote black businesses sustainably, a young female Canadian entrepreneur has founded an online store and database in the City of Toronto to help people find black-owned businesses. Founded by Kerin John, Black Owned Toronto enables black businesses to join the ranks to promote business and look to shine through Toronto’s cultural scene.

Some people decide to do more exercise in the new year. Some people choose to sleep better. But in 2020, Kerin John, who was just 23 at that time, decided to support more black-owned businesses and want to start a new decade.

Kerin John wanted to bring a difference because, historically, black-owned businesses have not received the same recognition, support, or financial backing as other businesses. Also, because the amount of dollars circulating in our community is limited, the wealth of generations is less.

She wanted to create a safe space when it comes to black people displaying and sharing their products in the global marketplace. So, Kerin John built a one-stop shop for every shopping or service need.

When Kerin started looking for black-owned businesses, she noticed rapidly that they were too difficult to find. She did not have universal resources. Google searches often didn’t work, and if she had a hard time finding a black-owned business, it’s likely others have too.

On March 11, 2020, WHO (World Health Organization) declared the COVID-19 outbreak a global pandemic. Just a few days later,  Ontario declared a state of emergency and it soon harmed small businesses in Ontario and across the country. Companies operated and owned by people of colour have been hit hardest.

This is a mindset in the DNA of a creative like Kerin John. So she took measures that if there was no easy place to find a black-owned business, she should create one, and solved this problem.

A Brief about the Black-Owned Movement

In May 2020, Black Owned Toronto debuted on Instagram. This curated channel created a community space that Kerin decided to support. With her clear, smart and eye-catching designs, Kerin’s visual catalogue was just the resource she was looking for.

Kerin believes that if one runs a black business, they usually help small families. They help their kids get into college, and it feels different and there is so much wealth to spread.

The Black Lives Matter movement exploded after the death of George Floyd on May 25th. Protests swept across the United States and crossed borders into Canada. People marched and demanded the end of racial injustice. As the movement grew in momentum and strength, more people sought to support black-owned businesses.

Kerin’s Black Owned Toronto Instagram account has grown from just 300 to a whopping 50,000 followers in just a month.

Black Owned Toronto – An Idea Too Good to Overlook

When Kerin John was a graphic designer, she just wanted to focus on her career. Establishing and becoming the CEO of a startup was not included in her plan.

Kerin with full engagement and support launched her website, thanks to GoDaddy’s website and marketing platform for setting up her store beautifully. Today, BlackOwnedToronto.com has a robust online presence that sells products created by Black-owned businesses.

Since then, Black-Owned Toronto has become a national online directory with hundreds of products, from grooming to clothing, skincare to snacks, to accessories and stationery.

At the end of May 2021, John reached a landmark in the history of Black-Owned Toronto when she took it to the Scarborough Town Center. This new and spacious shopping center is versatile and can easily accommodate up to 300 vendors and is open during the winter holidays months as well. Kerin gives businesses the flexibility to their own pop-up store experience. They can book the site for a day and hold themed events.

In June 2021, Kerin again partnered with the robust hosting platform, GoDaddy, to provide free websites and domains to 20 Black business owners for a year. This particular initiative has helped many business owners to get their businesses started during a year when many businesses struggled to even survive. Kerin believes that since online shopping is the new normal and especially in the time of COVID-19, every business requires a website to stay alive and thrive.

By expanding Black-Owned Toronto’s mission, John hopes to launch more brick-and-mortar retail shops along the coast. In the future, people can get to see Black-Owned Vancouver and Black Owned Montreal – the ones that create spaces for black-owned businesses and strengthen the community.

The success of Black-Owned Toronto means that over hundreds and thousands of black-led businesses can succeed and Karen is doing everything possible by taking one step at a time. She has become a community-driven online store and advertising space for black-owned businesses. What has happened in the past years has taught her to keep pushing herself, accept everything one at a time, and keep on moving forward without stopping. If the sky’s the limit, Kerin John wouldn’t stop there.

If you want to know more about Black-Owned Toronto, you can visit their official website and explore more. 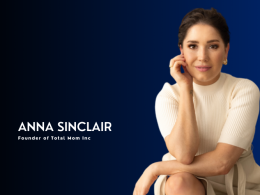 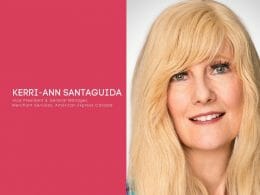 This International Women’s Day, there’s never been more reason to celebrate. Throughout 2020, we saw the devastating impact…
byCanadianSME 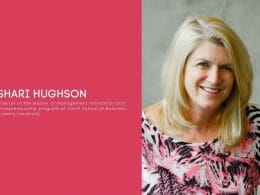 COVID-19 has made us all aware of what is critically important in life: health, family and strong communities…
byCanadianSME 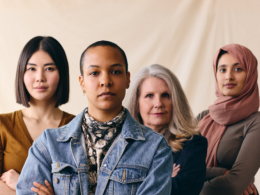