A few people in the world are driven by their self-belief, the ones who think that education isn’t a privilege but a right. And out of those few people, Martin Basiri, the co-founder and CEO of ApplyBoard is one.

A Brief about Martin Basiri

Martin Basiri, born in the year 1988, is an Iranian-born tech entrepreneur, co-founder and CEO of ApplyBoard, an international student Edtech platform based out of Kitchener, Ontario, Canada. Martin is the eldest child in his family. He has two twin brothers, Massi and Meti, and a younger sister. He was always interested in creating things right from his childhood days and in entrepreneurship building tools and programs that would persist into his undergraduate career.

Martin was an innovator from a young age. He invented his first device at 14 and has been rethinking the world around him ever since. During Martin’s undergraduate studies, he launched his first startup in which he invented and sold six different patents and products.

Not content with completing his studies and managing his business, Martin accepted an apprenticeship to share his love for innovation with over 600 students. His discoveries have led to him receiving the gold medal at the 2009 Geneva International Invention Show, ranking him at the National Youth Invention Festival in the final year of his high school career. Also, Martin was named a Regional Finalist at the EY’s annual Entrepreneur of the Year program in 2021.

Martin attended Shiraz University after high school to earn an electrical engineering degree. Then, determined to explore the world, he left his homeland and went to Canada to study at the University of Waterloo, where Martin received his MASc in Mechatronics Engineering.

Education and innovation have always been Basiri’s main interests. However, when he was a student migrating from Iran to Canada, he encountered significant obstacles when studying abroad. For this very reason, Martin, along with his twin brothers, Massi and Meti, founded ApplyBoard in 2015, a platform that aims to refine global access to education.

Under Basiri’s leadership, his company was profiled as Canada’s fastest-growing tech company in 2019 by Deloitte after just four years in business. It was also ranked #1 on the Fast 50 list.

Presently, Basiri and his robust unit of more than 200 teammates in 9 different countries work with over 1,200 partner schools in North America to make the overall application procedure accessible to students worldwide. With each strategic alignment, Martin Basiri prioritizes student success and well-being to leverage education to transform as many lives as possible.

Martin Basiri had successfully led ApplyBoard through several funding rounds, most remarkably in 2020, when they became a “unicorn” after being valued at more than $1 billion just after their Series. Also, in June 2021, amid ApplyBoard’s Series D, the startup was valued at over $4 billion, making it one of the most robust and rapidly growing startups in Canada.

A Few Lines about ApplyBoard

ApplyBoard streamlines the study abroad search of the overall application and admissions process by bringing international students, recruitment partners, and academic institutions under one roof. Founded by brothers Martin, Massi, and Meti, they have successfully established partnerships with over 1,500 primary, secondary, and post-secondary educational institutions and work with over 10,000 recruitment partners to promote diversity in Canada and the United Kingdom, Australia, and the United States.

Martin, since founding ApplyBoard in 2015, along with his brothers Massi and Meti, has led the company to become the world’s biggest online international student recruitment platform, supporting over 300 000 students on their education journey to study in Canada, the United States of America, Australia, and the UK.

ApplyBoard’s team has grown fast over the last six years, and they now have more than 1,500 team members around the world. Their headquarters are in downtown Kitchener, Ontario, with representatives in over 25 other nations such as India, Vietnam, the United States, China, Nepal, Australia, the Philippines, the United Kingdom, and Bangladesh.

Today, ApplyBoard has successfully raised over $600 million in funding and has hired over 800 Canadian people and other 500 from across the world.

For more information regarding ApplyBoard and its unique registration process, one can scroll through their official website and explore more. 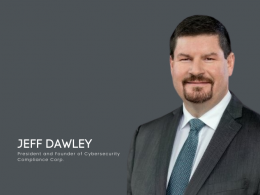 Jeff Dawley – President and Founder of Cybersecurity Compliance Corp.  In 2017, I found myself once again in…
byJeff Dawley
No comments 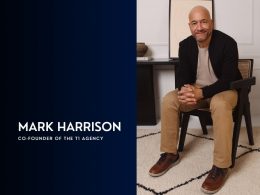 Co-founder of the T1 Agency Mark Harrison is a lifelong volunteer and entrepreneur.  As an experienced marketer, he launched…
byCanadianSME 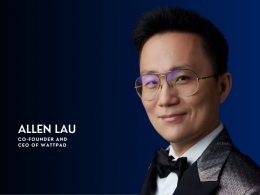 Allen Lau – A Visionary Serial Entrepreneur to Watch Out For!

Allen Lau is the co-founder and CEO of Wattpad, a service that empowers people to discover and share…
byCanadianSME
182 shares
182
0
0 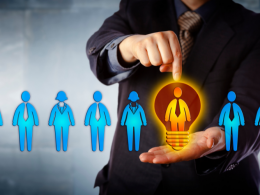