Most Black Canadians think their employers are making genuine efforts to address systemic racism, but much work remains to be done: KPMG in Canada

Poll finds most Black Canadians feel valued and respected in the same way as their non-Black colleagues, but that they have to work harder to earn it

TORONTO, Feb. 2, 2022 /CNW/ – New research by KPMG in Canada finds that nearly seven out of 10 (68 per cent) Black Canadians say their employers have made progress on following through on their promises to be more equitable and inclusive for Black employees, and their managers and senior leaders have a better understanding of the systemic barriers Black Canadians face.

But barely half have seen these efforts translate into better job opportunities. Roughly one-third (35 per cent) believe their prospects for advancement have improved with a breaking down of systemic barriers and 19 per cent feel they were offered a job they wouldn’t have a year and a half ago. However, nearly four in 10 say nothing much has changed, and systemic barriers continue to hold back progress. Nearly one in 10 say things have become worse.

The findings come from a survey KPMG conducted in early January of more than 1,000 Black Canadians. The survey sought to find out whether the promises made by Canadian employers to address systemic racism in the wake of the killing of George Floyd and the growth of the Black Lives Matter movement were making a difference.

“These results show that many Canadian organizations have made real and sustained efforts to tackle racial bias in their organizations,” says Rob Davis, Chief Inclusion & Diversity Officer and Chair of the Board of Directors of KPMG in Canada. “Black Canadians told us they are seeing progress in the hiring and promotion of employees, in the opportunities for Black-owned business and in the treatment of Black customers.

“I believe that most leaders recognize that today’s challenges require new ways of thinking and they genuinely want to break down barriers so that everyone is heard. Our society and our economy demand it. But there is still much work to do to. While more than two-thirds told us that their employer has made progress to become more inclusive and equitable for Black employees, only a third characterized the progress as good.”

Nearly three quarters (74 per cent) of Black Canadians say they feel valued and respected in the same way as their non-Black colleagues, but nearly an equal proportion of respondents (70 per cent) feel they have to work harder than their non-Black peers in order to earn that same respect.

“While overall, Black Canadians are facing less racism at work, it is still an ugly reality for many,” adds Mr. Davis. “Many are concerned that the downturn was driven less by changing perceptions and understanding and more by the fact that many Canadians have been working virtually during the last 18 months. They are worried about what will happen when they return to the office.”

While many Black Canadians have noticed improvements in their professional lives over the last 18 months, they have also seen proof that their employers are making efforts to better engage their Black customers and increase the work they do with Black-owned businesses.

“It is significant to see that Canadian organizations have made efforts to improve their overall relationship with Black Canadians,” says Alison Rose, Partner, Life & Pensions Actuarial Practice, KPMG in Canada. “What’s interesting is that while approximately two-thirds of respondents noted that their employers have improved their product offerings and customer service for Black customers, the same proportion of respondents indicate that their employer’s products and services do not always capture or reflect the Black consumer market. The takeaway is that while companies are making efforts to improve the Black customer experience, there is still much work to do.”

When asked about potential solutions to further reduce anti-Black racism in the workplace, 84 per cent of respondents said they wanted their employers to make stronger commitments and establish targets for hiring and promoting more Black Canadians, with clear and measurable outcomes and accountability mechanisms. Other actions include:

“The clear desire for more visible representation at the leadership level isn’t surprising,” says Ms. Rose. “Black Canadians typically face a startling lack of senior leaders in their organization that look like them, a situation that can be very demotivating. As a result, it’s particularly important that any strategy to combat anti-Black racism has complete buy-in from the top of the house, and that actions and behaviours are consistent with messaging throughout the organization. More Black leaders means addressing the race-related barriers faced by Black employees at all stages in their career journey.”

About KPMG in Canada

KPMG LLP, a limited liability partnership, is a full-service Audit, Tax and Advisory firm owned and operated by Canadians. For over 150 years, our professionals have provided consulting, accounting, auditing, and tax services to Canadians, inspiring confidence, empowering change, and driving innovation. Guided by our core values of Integrity, Excellence, Courage, Together, For Better, KPMG employs nearly 8,000 people in over 40 locations across Canada, serving private- and public-sector clients. KPMG is consistently ranked one of Canada’s top employers and one of the best places to work in the country.

The firm is established under the laws of Ontario and is a member of KPMG’s global organization of independent member firms affiliated with KPMG International, a private English company limited by guarantee. Each KPMG firm is a legally distinct and separate entity and describes itself as such. For more information, see home.kpmg/ca 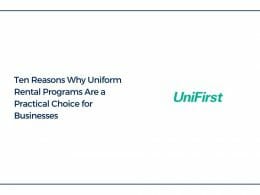 WILMINGTON, Mass., Sept. 22, 2021 /CNW/ –Uniform rental service programs provide many benefits for businesses above and beyond the improvement…
byCanadianSME 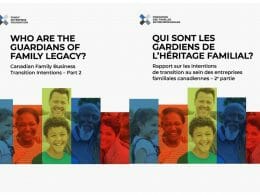 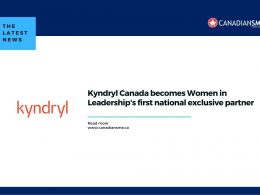 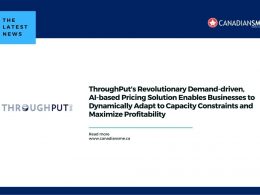