ONE ON ONE WITH ROCCO ROSSI

ROCCO ROSSI – President and CEO of Ontario Chamber of Commerce

“A successful entrepreneur and business executive, champion fundraiser, and dedicated public servant, Rocco Rossi joined the Ontario Chamber of Commerce (OCC) in 2018 as President and CEO. Prior to joining the OCC, Rossi most recently served as President and CEO of Prostate Cancer Canada where he helped to advance the research, advocacy, education, and awareness of the most common cancer in men. Mr. Rossi also served as CEO of Heart and Stroke Foundation – one of Canada’s largest nonprofit organizations – overseeing consecutive years of record fundraising combining for over $600 million in total and launching many new, life-saving initiatives. His passion for public policy has led him to stand for election both for the position of Mayor of Toronto and for MPP. Mr. Rossi has held senior positions at the Boston Consulting Group, TORSTAR, Labatt/ Interbrew and MGI Software. He is a graduate of McGill and Princeton. Rossi currently serves as a member of the Board and Audit Committee of TerraVest Industries. A past board member of United Way of Greater Toronto and other charities, Mr. Rossi has been an active community builder. In fact, in 2012 he was awarded the Queen’s Jubilee Medal for his Philanthropic and Community service.

1. In 2018, you joined the Ontario Chamber of Commerce (OCC) as CEO and President. What are some of the changes and projects you’ve put in place since the last two years of taking on this role?

Over the last 110 years, the Ontario Chamber of Commerce has prided itself on being the voice of business. We focus on being business advocates at Queen’s Park with the provincial government. I was pleased to take the organization through a strategic planning process and want to continue to build upon our work to become an indispensable partner of the business. In doing so, we can create additional value by providing services that will make a difference in the bottom line of our businesses so that they simply can’t afford to not be a part of the Ontario Chamber of Commerce.

2. More than one-third of Canadian SMEs are in Ontario. What do you believe sets Ontario apart from other provinces when it comes to small businesses?

We are the largest economy in Canada. It’s not surprising that so many businesses start-up and flourish here. Beyond being the largest economy, we are also the most diverse. It’s not just energy or natural resources. We have everything from an agri-food business that still represents 1 in 9 Ontario workers, to the automotive industry, construction, and the latest in nuclear technology, so there are great benefits of having that diversified economy.

3. Statistics have shown that 98% of businesses in Ontario are SMEs. There’s no doubt they have their fair share of challenges. What do you believe is the biggest challenge that SME owners face in Ontario when it comes to building a strong viable business?

We survey our members on an annual basis, and we just released our latest Ontario Economic report, so I’ll have our members speak to that question. The number one issue that SMEs raise in terms of the prosperity of their own business is the skills challenge. It is making sure that we’re skilling and re-skilling our people to meet the job needs of today and in the future. The cost structure remains a huge issue for many of our businesses, from taxes to the cost of energy. The regulatory environment is very important to our businesses.

In Ontario, we have almost 400,000 regulations compared to British Colombia which only has around 200,000. With fewer regulations in the books, British Columbia still takes care of its environment, its people and its safety. So, the more regulations that are added, the more time it will take away from businesses and cost them more money. Therefore, the more streamlined the regulations can be, the better it will be for business owners.

4. In your expert opinion, what are the three main aspects that contribute to the success of a small business in Ontario and across Canada?

We are fortunate to have great universities and colleges. While there is a skills challenge, we have an abundance of great institutions helping great people to find work. Immigration has been a key success story for Canada. We are built on immigration; we have one of the most open immigration systems in the world. Last year Canada grew at the fastest rate in 100 years at the same time when the United States grew at the lowest level that it has in 30 years. That gives us the advantage of having some of the most educated and highly skilled individuals from around the world. We are located beside the world’s largest and most dynamic economy, the United States – a huge advantage, from our transportation network to the Great Lakes. In fact, if the Great Lakes region was a country it would represent the world’s third-largest economy.

5. The inaugural Small Business Friendliness Indicator (SBFI) was developed. What significance does this have for small Businesses in Ontario?

Every businessman understands, to get better you have to measure what matters. If we want a more friendly business environment, then it’s important to have a scale that we can test on an annual basis that demonstrates to the government, to the public, and to businesses that we are going in the right direction. The Small Business Friendliness Indicator (SBFI) is the first-ever for us and it has given us a benchmark to measure on an annual basis to see whether or not we’re improving. The SBFI has a scale that goes from -100 to +100. This year with all of the factors including that which the government can and can’t control, the overall score is -9, so there’s work to be done. The important thing is that moving forward, we now have a baseline to see what direction we’re headed in.

6. What are the most important findings from the Ontario Economic Report (OER) that you would like to share with our readers?

An important finding out of our OER carries on from work that we did last year in our report, The Great Mosaic: Reviving Ontario’s Regional Economies, which looked at the regional economic differences in our province. We are blessed to be in the largest, most diverse economy in Canada, but there’s no getting around the fact that there are in effect two Ontario’s.

The Greater Golden Horseshoe has been growing at a tremendous rate for the last 20 years and yet, Northern and Eastern Ontario, with the exception of Ottawa, are seeing job and population declines. That is something that we as a society and the government need to focus on to ensure we have more distributed economic development throughout the province to keep the whole province strong.

We developed the inaugural Small Business Friendliness Indicator (SBFI) on a go-forward basis and have some key priorities that the business community needs government action on, namely more investment in infrastructure. There have been several announcements regarding infrastructure investment, but we need those shovels in the ground. This is not only about roads and public transit, but also broadband internet into rural and remote communities to help with that regional economic growth and continuing the red tape streamlining efforts of the government. They have a minister and deputy minister assigned to red tape reduction and those are very important initiatives.

7. When it comes to competing in the global marketplace, what advice can you give to SME owners?

My advice is to understand that there is a whole world outside of Ontario and even outside of the Canada-US trade. I’m proud to say that we have been building our relationships with counselors and diplomatic staff from countries around the world. For many years, the US was our only trading partner and with the opportunity presented today, we have free trade agreements that have been signed with Europe, South Kora, CPTPP, Japan, South East Asia, and hope to quickly ratify the USMCA. We have more free trade agreements today, with access to more markets than any other country on earth. Moreover, look at the globe like your potential market and there’s no end to the growth you can have.

8. What are some of the programs and resources that the Ontario Chamber of Commerce provides to SME owners when it comes to helping them grow in the global marketplace?

We have been staging a series of meetings with the consular staff of those countries so that people can learn about the opportunities available. One of the biggest obstacles to more trade around the world is simply ignorance, people not understanding the opportunities, the products, and services that are in need, what the steps are to start a business, to start trading, or to make an investment in those countries. That is part of what we offer and what many of our chambers also offer. As well, we offer day-to-day services for companies, everything from shared medical benefits to group RRSP programs, to help you attract and retain great talent.

9. What do you believe are some of the changes that the government of Canada should put in place to further attract global investors towards Canadian SMEs?

We need to keep building on some of the initiatives that we have already put in place concerning greater infrastructure investment. We need to continue the work on reducing and streamlining the regulatory burden, and we need to review the tax system.

There are several initiatives that we’d like to see happen, not just at the provincial level, but at the federal level. We’re going to need to come together as a society and as a country to a more transparent process around taking on large projects. The recent blockades and the difficulties we’re having with long-standing and legitimate grievances by our first nations, and the rules of the roads when it comes to starting big projects are all things we need to agree on. Investors will not invest in areas of uncertainty and we have unfortunately been creating more uncertainty than we should be.

10. On a final note, this new year marked the start of a new decade. What are your projections for the next decade for Canadian SMEs compared to the last one?

One of the earliest Prime Minister of Canada, Sir Wilfrid Laurier said that the 20th century would be Canada’s century, and I think the 21st century will also belong to Canada. So, the next decade will be even more amazing than the last one. The only obstacle to greater growth is ourselves. We need to focus on removing that obstacle by continuing to be open within our own borders and to the world. We need to innovate, focus on productivity, training, and re-training of our population to continue to give us a tremendous advantage in the world economy. 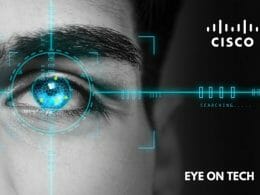 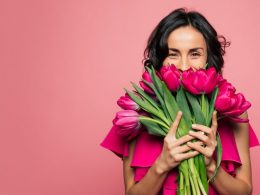 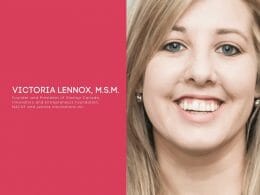 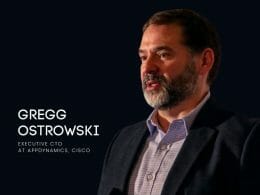 If apps and digital services weren’t considered ubiquitous for Canadians before the pandemic, they definitely are now. Consumers…
byGregg Ostrowski
Total
33
Share
33
0
0
0
0