Whether you’re building a career, leading a team, running a business, or simply trying to live your best life possible, Jordan Babineaux is a role model whose experiences, both good and bad, will inspire you to achieve your wildest dreams. In his new book, PIVOT TO WIN, the former NFL player turned sports broadcaster, entrepreneur, and business coach urges people to embrace change as a catalyst for growth. He teaches by example, sharing his personal story to help readers know when it’s time to pivot, use their strengths to overcome adversity, and stay motivated for the long run.

In his book, Babineaux reveals that even as a child, he had some difficult choices to make. He could have been tempted by drugs and crime, but instead, encouraged by his mother and siblings, focused on sports and education as a way to reach his goal of playing pro football. Once in the NFL, he relentlessly strove to stay fit and play his best until the day he retired and had to face the biggest challenge of his life. He knew the grim statistic: seventy-eight percent of NFL players are bankrupt or under financial stress within two years of leaving the league. Babineaux overcame the odds, decided to “pivot” and build a new career. The road was not always easy. Along the way, some of his businesses failed and he nearly went bankrupt, but eventually, he triumphed and today helps others achieve their mission.

Babineaux packs each chapter of PIVOT TO WIN with valuable advice that readers can use to build their own Pivot Playbooks. One of his most important lessons involves establishing a personal Ground Zero. He explains, “Change can feel like you’ve lost part of your identity. Be it a new career, a move to a new city, or working for a new boss, you must find the time and space to self-reflect. This is ‘Ground Zero’ and it means establishing where you are.” Some of his other insights include:

Examine Your Behavior – Consider developing new skills and new relationships that support your discoveries in Ground Zero. What activities do you do in a day, a week, or a month? Once you create a list of those behaviors, it will be easier to see what stays and what goes. Which of these activities is serving you? Which will you give up in pursuit of something more?

Find People Who Will Hold You Accountable – Find people who support your good habits and push you to develop more. Ask yourself, who do I know who lives a life that I want to live? Who around me has a set of morals that I would like to mirror? Then interview these people. How can you act in a similar way? What kind of actions can the two of you take to hold each other accountable for your goals?

Learn From Your Mistakes – Think about a choice that you’ve made that doesn’t align with the person you want to become. What can you do to prevent yourself from being in that situation again? Who can you rely on to help you stay out of toxic environments? What do you need to change?

Refuse To Take “No” For An Answer – When you face a “no,” it means you’ve asked the wrong person. Sometimes the person who says no doesn’t even have authority. Don’t walk away without seeking the person who has the “yes” that you’re looking for. “No” could be the one thing standing between you and achieving your goal. Consider this approach the next time someone tells you no.

Focus On What’s Ahead – Whatever you focus on gets your attention. Life is like a magnifying glass that can burn a hole in the paper when it’s in pure focus. You too can ignite a fire when you focus on what’s in front of you. Stare into the rear-view mirror too long and you’ll crash. Get back in the game and pursue the future you really want.

Employ Both A Growth And Service Mindset – Nothing can be lost when you commit to growing and serving. Who in your life has a growth mindset? Can you talk with them about how they maintain that mindset? As for a service mindset, what can you offer others even when you’re struggling? What skill sets do you have that you can lend to someone else?

Jordan Babineaux learned many things during his relentless journey to become a professional football player and a successful business leader. By sharing his accomplishments, failures, and missteps in PIVOT TO WIN, Babineaux gives readers dozens of tools that they can apply to themselves. His book is the ultimate guide to success in life, sports, and business.

Jordan Babineaux, the author of PIVOT TO WIN, transitioned from nearly a decade playing in the NFL to become a sports broadcaster, entrepreneur, and business executive. He currently serves as the “voice” of the Seattle Seahawks on both television and radio, while also helping organizations, teams, and leaders navigate their pivots.

Babineaux and his brother Jonathan, former defensive end for the Atlanta Falcons, founded a company that produced several filmed comedy specials as well as the movie Woman Thou Art Loosed.  They also launched a specialized car service in Seattle and created the Babineaux Foundation, a nonprofit that gives back to their hometown of Port Arthur, Texas, and contributes to Lupus research.

Jordan Babineaux holds a bachelor’s degree in Mass Communication from Southern Arkansas University and an MBA from Seattle University. He lives in Seattle with his wife and three children. 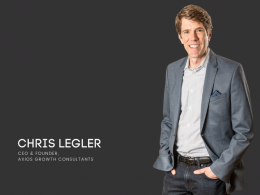 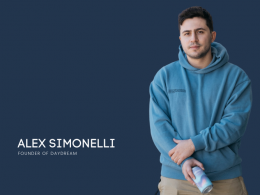 Brand Over Everything Is Our Philosophy 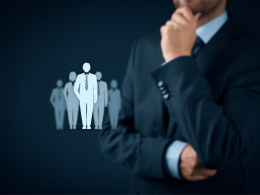 The Case For Coming Back: 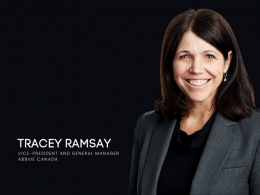