Seven “Signs and Symptoms” of a Traumatized Company (Recognize Any?)

Organizational trauma isn’t always caused by a single horrifying event. It can also be ongoing or cumulative (say, a global pandemic). However, the impact on employees and organizations is fairly predictable, says workplace trauma expert Diana Hendel.

Here are some common threads she sees in every traumatized organization.

Nashville, TN (September 2021)—Organizational trauma takes many forms. It can be “collective trauma” like what we’ve all struggled with over the past year and a half due to the COVID-19 pandemic. It can be a “shock and awe” event like an act of violence or suicide. It can be ongoing and cumulative, like systemic sexual harassment or racism. Or it could be a less dramatic, but still disruptive event like a round of layoffs (or the ongoing threat of them), a contentious merger or restructuring, or a cyber hack.

“Trauma impacts both individual employees and the organization as a whole,” says Dr. Hendel, coauthor along with Mark Goulston, MD, of Trauma to Triumph: A Roadmap for Leading Through Disruption and Thriving on the Other Side (HarperCollins Leadership, March 2021, ISBN: 978-1-4002-2837-9, $17.99). “Whether it’s a singular shocking event or a long, drawn-out crisis, trauma can shatter people’s beliefs about the company’s culture and sow distrust that leads to long-term damage.”

Dr. Hendel speaks from experience. In 2009, the hospital she led experienced a workplace shooting by a disgruntled employee. This horrific event left three people dead and shook the organization and its employees to the core. And it shaped her own trajectory, leading her to become an expert in organizational trauma.

To understand how trauma manifests, you must first understand what trauma is. It is very different from the routine stress we all experience at work from time to time. While stress might be intense, it eventually passes. Trauma, on the other hand, overwhelms our protective structure and sends us into survival mode. It leaves us vulnerable and shatters our sense of safety and security and how we look at the world. And if left unaddressed, it can result in long-term harm—not just to individuals, but to organizations as well.

Here are some of the common signs and symptoms of a traumatized organization.

People create their own narratives. There are hundreds of unique points of view, and each person creates a narrative based on their own perspectives, personal histories, and relationships to those directly involved.

Blaming and finger-pointing ensue. Initially, most organizations experience a great degree of camaraderie and altruism in the face of a traumatic event, but once the question of “why did this happen?” surfaces, speculation and second-guessing can cast a wide net of secondary blame that extends well beyond the perpetrator or causal agent. Why didn’t the organization prevent it or stop it? How could the leaders have been unaware? In some instances, people blame the victims for overreacting, or the organization for not preventing “witch hunts.”

Feelings of guilt rise to the surface. Those closest to a traumatic event may struggle with feelings of guilt: guilt that they’d missed a warning sign, hadn’t stopped it from happening, or hadn’t spoken up sooner—and that it had then happened to others. Some feel guilty for surviving.

Communication falters. Frequently, communication is initially haphazard and often too little and too late as leaders struggle to navigate the line between transparency and confidentiality. Trust and confidence can quickly erode as wild rumors spread and strong opinions surface. And in the immediate chaos of a traumatic event, it’s often unclear how decisions are being made (and who is responsible for making them).

The workforce rapidly polarizes. People tend to divide into opposing factions. For example, in one organization that experienced a sexual harassment case, “Camp 1” believed and sided with the victims while “Camp 2” defended the accused, resulting in a deep division within the organization.

A sense of shame arises. People often worry that the traumatic event (a shooting, a rape, a financial scandal) will define them or the organization they have been proud to work for. They may feel ashamed that their culture could give rise to such an event. If the event is covered in the media, that shame may deepen. They wonder: Will others—staff members, customers, the community—ever trust the organization again?

Trauma becomes unspeakable. Often a trauma grows exceedingly difficult and painful to talk about—bordering on taboo—and becomes “unspeakable.” Because it isn’t being addressed, people continue to struggle, and the ongoing, perhaps deepening of division/polarization, blame, shame, and guilt hurts the culture. All of this can damage collaboration, cooperation, cohesiveness, and teamwork and erode people’s beliefs and trust in one another.

As you can see, trauma wears on an organization and can cause lasting destruction. But it’s never too late to recognize trauma, name it, and break the chain of repercussions.

“I’ve seen again and again that seeking help changes everything,” concludes Dr. Hendel. “This means helping the individuals directly impacted by the trauma and also addressing the damage that’s been done to the organization as a whole. With a thoughtful and timely response, it’s quite possible to emerge with a culture that is stronger, more transparent, and better able to intervene and handle any disruption in the future. And, in many cases, better functioning and higher performing than it was prior to the traumatic event.”

Dr. Diana Hendel is the coauthor of Trauma to Triumph: A Roadmap for Leading Through Disruption and Thriving on the Other Side (HarperCollins Leadership, March 2021) and Why to Cope When You Can Heal?: How Healthcare Heroes of COVID-19 Can Recover from PTSD (Harper Horizon, December 2020). She is an executive coach and leadership consultant, former hospital CEO, and the author of Responsible: A Memoir, a riveting and deeply personal account of leading during and through the aftermath of deadly workplace trauma.

As the CEO of Long Beach Memorial Medical Center and Miller Children’s and Women’s Hospital, Hendel led one of the largest acute care, trauma, and teaching hospital complexes on the West Coast. She has served in leadership roles in numerous community organizations and professional associations, including chair of the California Children’s Hospital Association, executive committee member of the Hospital Association of Southern California, vice-chair of the Southern California Leadership Council, chair of the Greater Long Beach Chamber of Commerce, board member of the California Society of Health-System Pharmacists, and leader-in-residence of the Ukleja Center for Ethical Leadership at California State University Long Beach.

She earned a BS in biological sciences from UC Irvine and a Doctor of Pharmacy degree from UC San Francisco. She has spoken about healthcare and leadership at regional and national conferences, and at TEDx SoCal on the topic of “Childhood Obesity: Small Steps, Big Change.”

Dr. Mark Goulston is the coauthor of Trauma to Triumph: A Roadmap for Leading Through Disruption and Thriving on the Other Side (HarperCollins Leadership, March 2021) and Why to Cope When You Can Heal?: How Healthcare Heroes of COVID-19 Can Recover from PTSD (Harper Horizon, December 2020). He is a board-certified psychiatrist, a fellow of the American Psychiatric Association, former assistant clinical professor of psychiatry at UCLA-NPI, and a former FBI and police hostage negotiation trainer. He is the creator of Theory Y Executive Coaching that he provides to CEOs, presidents, founders, and entrepreneurs, and is a TEDx and international keynote speaker.

He hosts the My Wakeup Call podcast, where he speaks with influencers about their purpose in life and the wakeup calls that led them there, and is the co-creator and moderator of the multi-honored documentary Stay Alive: An Intimate Conversation about Suicide Prevention.

He is the author or principal author of seven prior books, including PTSD for Dummies, Get Out of Your Own Way: Overcoming Self-Defeating Behavior, Just Listen: Discover the Secret to Getting Through to Absolutely Anyone, Real Influence: Persuade Without Pushing and Gain Without Giving In, and Talking to Crazy: How to Deal with the Irrational and Impossible People in Your Life. 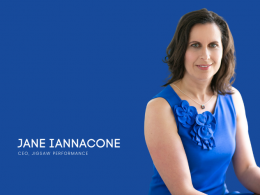 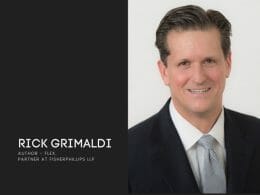 The right culture is everything. It determines how happy, productive, and engaged employees are. It allows you to…
byRick Grimaldi 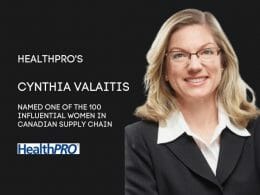 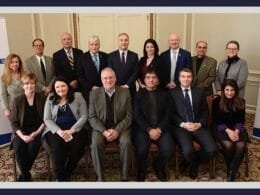