A Canadian Inuit throat singer makes music that cleanses the body. The form she practices use breaths and guttural sounds to create a physical performance of gasps, sighs, and breathy moans, conjuring up a soundscape that is alternately melodic and rhythmic. Her performance, operatic and animalistic, brings a spirit of experimentation to an ancient tradition. Throughout her career, she, as an advocate of indigenous rights and cultural practices, has reformed the practice to include electronica, drums, and even language-word poetry. Her innovative vision and technique have made her one of the most innovative and celebrated practitioners of the visceral style in her culture. She is none other than Tanya Tagaq Gills. However, what Tanya does is not linear and is just not everyone’s cup of tea.

A Brief about Tanya Tagaq

Tanya Tagaq Gills, a throat singer, painter, experimental musician, and author, was born in Ikaluktutiak, also known as Cambridge Bay, Nunavut, on May 5, 1975. Her family is from Pond Inlet Nunavut, but Tagaq’s mother shifted to Resolute Bay, Nunavut, by Canada’s Federal Government. When Tagaq was 15, soon after attending a school in Cambridge Bay, she went to Yellowknife, Northwest Territories, to be present at Sir John Franklin High School, where she began practicing throat singing. She later studied at the Nova Scotia College of Art and Design with fine visual arts, where she developed her solo style of Inuit throat singing, usually sung by two women. Tanya’s decision to go solo was pragmatic since she didn’t have a singing partner.

What Made Tanya Tagaq Pursue Throat Singing as a Career?

The Inuit tradition of throat singing originated as a playful competition between two women. Usually, two performers face each other while holding each other’s arms and making sounds mimicking nature grunts, screeches, squeaks, crows and coos for the other to respond. The game ends when one person starts laughing or out of breath. Tanya, born in Nunavut to an Inuit family, did not grow up with this form.

When Tanya’s family was shifted to the Cambridge Bay settlement during her childhood, she felt pressure to assimilate since other kids were advised not to speak Inuktitut. However, it was not until Tanya was in her twenties and at university that her mother presented her a cassette of two women’s throats singing. That woke up Tanya’s bones.

Although she never wanted to be a professional singer, she developed the technique of throat singing by mimicking voices and started performing for her friends at parties. Tanya is a self-taught and solo artist who spent her music career fusing sounds of contemporary music with traditional form, distorting punk elements, electronica, and metal into an intricate sound that starts with a breath.

Tanya first came to international attention for appearing on some songs of Björk’s album “Medúlla” (2004), which primarily performed acappella. In 2005, Tanya made her solo debut with “Sinaa,” a largely unadorned display of melodic throat singing. Sinaa (meaning ‘edge’) in 2005 was nominated at the Canadian Aboriginal Music Awards for five awards, winning the Best Album Design, Best Engineer/Producer, and herself bagging the award for the Best Female Artist.

Her music took a clear-cut political turn in the 2010s, starting with her album “Animism” (2014) which earned her the prestigious Polaris Award in Canada. (Tanya’s competitors included Arcade Fire and Drake). Though known primarily for throat singing, Tanya is also a skilled artist and her work was listed in the Northwestel telephone directory in 2003.

Apart from that, Tanya Tagaq strongly supports Indigenous land rights and traditional Inuit sealing. She is also one of the strongest women and an activist who raised her voice on the issue of murdered and missing Indigenous women. For this, she was profiled in 2016 as one of the 16 Indigenous movers and shakers to watch out for.

‘Split Tooth’ was Tanya’s first novel published in 2018 by Penguin Random House. It’s a beautiful but tough tale about the life of a teenage girl who grew up in Nunavut in the 1970s. Her novel was nominated for the Scotiabank Giller Prize in 2018 and a Sunburst Award in 2019. Selected as a finalist for the 2019 Kobo Emerging Writer Prize and 2019 Amazon Canada First Novel Award, Split Tooth has been awarded the Indigenous Voices Award in 2019 and the 2019 Alcuin Society Award for Excellence in Book Design in Canada. Split Tooth was further translated and published as “Croc Fendu” (in French) in 2019.

For more information regarding Tanya Tagaq, one can scroll through her official website and explore more. 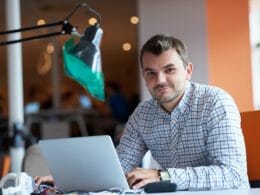 As per the official Government of Canada statistics, Canada accounts for more than 1.6 million indigenous people living…
byCanadianSME 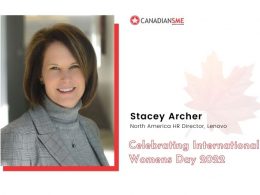 “International Women’s Day is an important moment to honour women and celebrate our social, economic, and cultural achievements.…
byCanadianSME 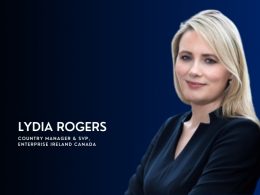 Lydia Rogers – The Importance of Fostering Trade and Cooperation Between Countries! 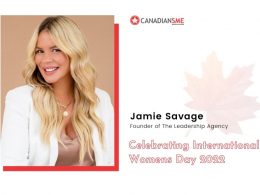 “Don’t waste your time waiting for all the answers. The truth is, you will never get them nor…
byCanadianSME
Total
0
Share
0
0
0
0
0