With over 425,000 small businesses, Western Canada plays a crucial part in Canada’s economy. That being said, the Government of Canada has put in place a new initiative that will help grow its western economy called the Western Growth Strategy. The goal is to increase western Canada’s unique strengths and competitive advantages. With the constant changes that our world is facing, it’s important for Canada to stay competitive and what better way than to invest in the area that plays a vital part in its economy?

Made in Western Canada

The Government of Canada is partnering up with business leaders, industry, academia, Indigenous communities and organizations to put in place a “Made in Western Canada” growth initiative. By developing this strategy, the Government of Canada is ensuring that its western provinces stay competitive in this fast pace world. “Made in Western Canada” will reflect the unique regional advantages of each province implicated and help inspire economic growth making businesses in western Canada strong and competitive.

The goal is to create a future where new innovative technologies make western activities more efficient and sustainable. Agriculture, forestry, mining and energy industries are all things that make Canada’s economy. So having access to new technologies and processes that can help make these activities more efficient and ecological, why shouldn’t we invest in them? But it can’t be accomplished by one single person or even organization. We need to team up and work together to make Canada’s future better. This is why Western Canada Growth Strategy was put in place. By having the Government of Canada work alongside organization, business leaders and communities, this vision of having a prosperous future for Canada is possible.

The strategy is to grow the Canadian economy, attracting investment and creating middle class jobs within Canada. By creating a strong and diverse economy across western provinces, we are contributing towards the success of the west. To ensure that western Canada has a strong foundation, the following strategies need to be put in place:

Challenges to Overcome and Solutions

Although the economy in the West has increased over the last twenty years creating growth in the national economy, it looks like there will be challenging moments, such as:

These challenges can be overcome if there is a collaboration between the Government of Canada, business leaders, organizations and communities in the West. By joining forces, there can be opportunities to grow and strengthen the economy:

When Should We Expect Western Growth Strategy to Launch?

Currently, the Government of Canada is still looking for people and organizations that want to collaborate in the Western Growth Strategy. The engagement period will stay open until November 18th 2018. Once the consultation time is over, they will start initiating a plan and are expecting to launch by early 2019.

First Nations, Métis, and Inuit peoples in the West 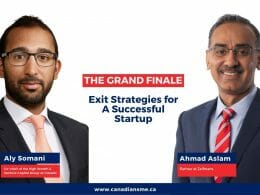 The Grand Finale – Exit Strategies for A Successful Startup 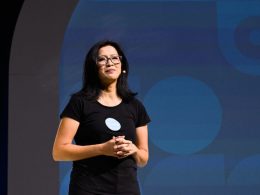 What stood out to you the most about Xerocon: Well, first of all, the culture just slaps you…
byCanadianSME 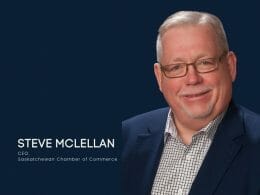 Key Advice To Small Business Owners For 2021 By Steve McLellan

Steve McLellan, CEO, Saskatchewan Chamber of Commerce What is your key advice to small business owners for 2021? …
byCanadianSME
3 shares
3
0
0 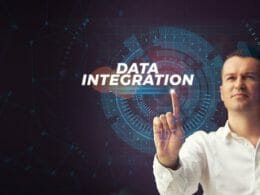 According to Experian, eight in ten companies are of the view that data is one of their most…
byCanadianSME
Total
0
Share
0
0
0
0
0