Bullish on three-year outlook for their domestic economy and company, with technology and regulatory risks top of mind

The report finds that nine in 10 (89 per cent) CEOs who helm Canada’s biggest and most-influential companies are bullish about their local economy’s growth prospects for the next three years, surpassing pre-pandemic levels by a full 10 points and the highest among global peers surveyed in 11 major countries, including China, Germany, the U.K. and the U.S. Only Australian CEOs share the same level of optimism as Canadians, at 88 per cent.

“Although we saw some recent softness in the economic data, Canadian CEOs are confident that the investments they’ve made to ramp up their digital capabilities and prowess positions them for strong future growth,” says Elio Luongo, Chief Executive Officer and Senior Partner, KPMG in Canada. “Making these strategic investments during unprecedented challenging conditions will allow their organizations to take advantage of pent-up consumer demand as Canada navigates through and emerges from the pandemic.”

While bullish on Canada, their three-year outlook for the global economy has not yet returned to pre-pandemic levels (55 per cent vs. 72 per cent in January 2020), although it’s up 23 points from this time last year.

When it comes to the growth prospects for their own companies, Canadian CEOs are overwhelmingly confident, at 86 per cent, unchanged from this time last year. But, again, their optimism has yet to return to pre-pandemic levels (96 per cent and 93 per cent in 2018 and 2019, respectively).

“The key to meeting their growth forecasts will be how well they adopt and continue to execute their digital transformation strategies to not only grow but protect existing market share,” says Stephanie Terrill, Partner and Business Unit Leader, Management Consulting, KPMG in Canada. “Business performance throughout the pandemic clearly demonstrated the value of digital and that trend is only likely to accelerate further. Canadian CEOs now rank disruptive technologies as the top risk to future growth, displacing climate change.”

Biggest risks to growth over the next 3 years:

Canadian CEOs – more than their peers in any other major country – see technological disruption as more of an opportunity than a threat (91 per cent vs. 76 per cent globally) and say they are actively disrupting their industry rather than waiting to be disrupted (86 per cent vs. 72 per cent globally). The latter – actively disrupting their industry – is up sharply, as much as 26 points, from a year ago.

Over four in five Canadian CEOs (83 per cent) said they “need to be quicker to shift investment to digital opportunities and divest businesses that face digital obsolescence,” compared to 78 per cent globally.

For nearly a third (31 per cent) of Canadian executives, achieving growth means their No. 1 priority is digitizing and connecting their enterprise (vs. 26 per cent globally) and 68 per cent are investing more of their capital in buying new technology (vs. 60 per cent globally).

Notably, global CEOs consider supply chain disruptions among the top risks to their three-year outlook. By comparison, Canadian CEOs don’t see it as much as a barrier to growth, ranking it ninth, which could create potential challenges down the road. In fact, nearly three in five Canadian executives say their supply chain has come under increasing stress over the past 18 months (59 per cent vs. 56 per cent globally) and a quarter of them are already taking steps to onshore areas of their supply chain to improve production or operational resiliency (25 per cent vs. 19 per cent globally).

Changing sentiment on the future of work

Instead, CEOs are focused on providing increased flexibility for their workforce with 40 per cent looking at shared office spaces (51 per cent globally) and a third will look to hire talent who work predominantly remotely (42 per cent globally).

Compared to global executives, Canadian CEOs feel much more responsible for helping to reskill their employees or placing them in new roles if layoffs were in the works (85 per cent vs. 57 per cent globally, with France the closest at 74 per cent).

KPMG International’s annual KPMG CEO Outlook provides an in-depth three-year outlook into the priorities and concerns of the CEOs at the world’s biggest and most-influential companies. The latest survey, conducted between June 29 and August 6, 2021, includes the perspectives from 1,325 international CEOs in 11 countries (Australia, Canada, China, France, Germany, India, Italy, Japan, Spain, the U.K., and the U.S.). All respondents helm corporations with annual revenue of more than US$500 million.

Note: Some figures may not add up to 100 per cent due to rounding.

About KPMG in Canada

KPMG LLP, a limited liability partnership, is a full-service Audit, Tax and Advisory firm owned and operated by Canadians. For over 150 years, our professionals have provided consulting, accounting, auditing, and tax services to Canadians, inspiring confidence, empowering change, and driving innovation. Guided by our core values of Integrity, Excellence, Courage, Together, For Better, KPMG employs nearly 8,000 people in over 40 locations across Canada, serving private- and public-sector clients. KPMG is consistently ranked one of Canada’s top employers and one of the best places to work in the country.

The firm is established under the laws of Ontario and is a member of KPMG’s global organization of independent member firms affiliated with KPMG International, a private English company limited by guarantee. Each KPMG firm is a legally distinct and separate entity and describes itself as such. For more information, see home.kpmg/ca 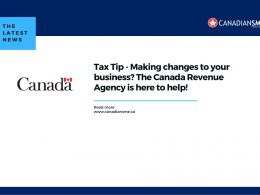 Tax Tip – Making changes to your business? The Canada Revenue Agency is here to help!

OTTAWA, ON, March 11, 2022 /CNW/ – The Canada Revenue Agency (CRA) understands that many businesses are going through changes as…
byCanadianSME
1 share
1
0
0 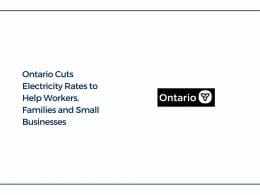 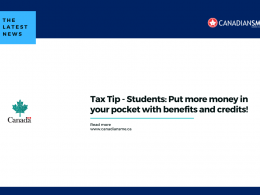 Tax Tip – Students: Put more money in your pocket with benefits and credits!

As a student, you may have many questions about taxes. It might even be your first time filing…
byCanadianSME 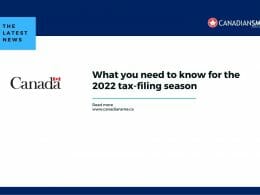 What you need to know for the 2022 tax-filing season