As far as tumultuous years of labour and employment law change go, 2018 was a memorable one for owners and managers of small to mid-sized businesses and their HR teams.

So sweeping was the shift in some jurisdictions—especially in Ontario, where a change in government brought about a veritable reversal of employment standards policy—that organizations were left struggling to satisfy a wide array of new compliance obligations. Many are still working to catch up, just as new legislation comes into effect for 2019.

Case in point: While many employers in Ontario celebrated the passage of Bill 47, the Making Ontario Open for Business Act, 2018—which froze the minimum wage at $14, repealed the entitlement to two paid and eight unpaid personal emergency leave days, and repealed equal work for equal pay provisions, among many other significant amendments—they also complained that the legislation’s rollback of worker-friendly entitlements meant their organizations had to once again amend employee policies and procedures after complying with Bill 47’s predecessor, the controversial Bill 148, the Fair Workplaces, Better Jobs Act, 2017. That legislation imposed measures that many business leaders argued were unbalanced, were implemented too hastily and put them at a competitive disadvantage.

The Ontario Superior Court of Justice ruled in English v Manulife Financial Corporation, for example, that while an employee can resign at any time, they do not have an absolute right to retract a resignation. This was welcome news for employers who would rather focus on next-steps when a staff member announces their workplace departure—particularly when that resignation comes as a relief.

Another significant decision clarified the appropriate interpretation of restrictive covenants, such as non-solicitation clauses and non-competition clauses—provisions that prohibit former employees from soliciting client business for a prescribed period after the end of the employment relationship, or from inducing former colleagues to leave their former employer—in employment agreements.

In MD Physician Services Inc v Wisniewski, the Court of Appeal for Ontario found that any ‘courtesy calls’ that are made by a new employee to notify a former client of their change of employment—but that are really made to obtain that client’s business—will likely be found to breach an applicable non-solicitation clause. At the same time, employers that instruct their employees to engage in such activities may be held vicariously liable to pay damages for an employee’s breach of a non-solicitation clause.

Then there was the legalization of cannabis for recreational use. Although medical marijuana has been legal in Canada since 2001—and employers have been required to accommodate its use for medical reasons—last year the Trudeau government delivered on a longstanding promise to legalize recreational pot. Employers across the country fretted over the prospect of a chaotic rollout, but legalization came and went without a notable hangover—particularly for organizations that were prepared.

That said, many employers are still working to draft comprehensive, legally-defensible policies on workplace cannabis use. Some believe that legalization has meant an open-season on marijuana consumption, but nothing could be further from the truth. Employers in every province are allowed to prohibit recreational cannabis consumption in the workplace, while those same policies should also differentiate between medical and recreational use and state that workplace cannabis impairment will not be tolerated in safety-sensitive environments.

That brings us to 2019. While this year is shaping up to be slightly less eventful than the last, there are some very important HR law developments that should be on every SME owner’s radar.

In Ontario, the implementation of the much-maligned Pay Transparency Act (PTA) has been postponed indefinitely. The legislation was slated to take effect on Jan. 1, 2019, but its unceremonious shelving means that employers will continue to be legally permitted to determine compensation rates based in part on candidate experience, qualifications and expectations, will be spared the administrative burden of creating pay transparency reports and will be free to limit employees’ ability to disclose compensation information. There is a very strong chance the PTA will never resurface or will be subject to dramatic revisions before it does.

Of course, rather than simply watching trends in 2019, employers should be proactive in addressing them. That means taking the time to revise workplace practices and policies to comply with new legislation, training employees and—when it comes to the rollback of employee entitlements in provinces such as Ontario—thinking strategically and considering

whether to claw back benefits, or extend them to workers as an act of brand-building good faith to help drive employee attraction, retention and engagement.

And when in doubt, seek advice from an experienced employment lawyer to avoid falling prey to common—yet avoidable—people-management pitfalls in the year ahead. 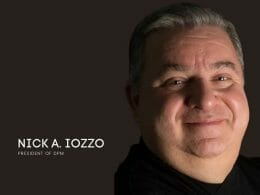 NICK A. IOZZO – Thoughts On Winning The Best Place To Work Award Top 1

NICK A. IOZZO The senior leader of our team and President of DPM, Nick has over 30 years…
byCanadianSME 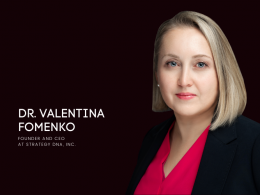 Entrepreneurs need to be prepared for disruptions in their industries

Dr. Valentina Fomenko is a business strategist and expert in helping organizations respond to rapid change, including the…
byCanadianSME 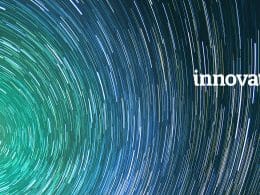 How Innovate BC Is Helping Entrepreneurs In British Columbia

There are a lot of resources in British Columbia to help business owners succeed and grow. With innovation…
byCanadianSME 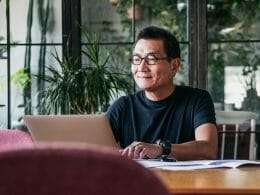 It’s no secret that accounting and HR are two areas SMBs find themselves struggling to manage. Why? Because,…
byCanadianSME
Total
1
Share
1
0
0
0
0