BusinessWoman Of The Month: Devon Fiddler

Indigenous women entrepreneurs are a symbol of resilience and hard work. They work with motivation and a desire to improve, despite facing barriers preventing them from pursuing entrepreneurship. The most common hurdles in front of them include their inability to qualify for funding assistance from mainstream financial institutions. This is due to the lack of several criteria like property to use for collateral, access to capital for equity, lack of credit, education, and access to male-dominated fields, along with personal barriers like the inability to work full-time in their business and lack of confidence.

Despite all these challenges they have to face, one thing that makes Indigenous women stand out is their inspiring ability and strength to overcome the obstacles put in their way. One such Indigenous woman entrepreneur setting an example of resilience is the founder and chief changemaker of SheNative, Devon Fiddler.

The Chief Changemaker of SheNative

As an Indigenous woman living in a society where women are either objectified or romanticized, Devon Fiddler’s path was not without hardships, and her experience was of racism and stereotyping. She has struggled with the realities of family violence, incarceration, and racism, leading her to grow up in an environment of self-doubt, lack of confidence, and hopelessness. However, her strength is in rising to build an authentic brand after almost going down the path of aimlessness.

Devon Fiddler is a young Cree woman who grew up in the Waterhen Lake First Nation. She graduated with a Bachelor of Arts Degree in Aboriginal Public Administration and owns a multitude of certificates in business and leadership. She landed her first career position as a Business Development Coordinator in 2011.

During her career, she helped First Nations entrepreneurs, which inspired her to start a company of her own. Devon has always dreamt of being a fashion designer, which influenced her decision to create a company where she could create gorgeous genuine goods while helping elevate the status of  Indigenous women. She has travelled to talk, mentor, and lead, and her works and efforts have received several honors, awards, and nominations.

The motivation for SheNative is to educate the public about Indigenous issues and change stereotypes. In April 2014, Devon registered SheNative as a company, and one year later, in April 2015, she officially launched the brand that creates inspiring leather handbags and apparel that share the cultural teachings embedded with positive values passed down by their ancestors.

The inspiration for her brand primarily came from her work with First Nations Entrepreneurs during her career. She was also significantly impacted by the visions of her mentor, Kendal Netmaker, whose mission is to impact youth with sports. For Devon, her cause of action and mission was the socio-economic disadvantages that Indigenous women face. She started SheNative with the idea of apparel but moved to leather handbags as all women carry this staple accessory.

SheNative employs Indigenous women in designing and manufacturing goods and involves Indigenous communities and customers in their design process. In addition, they share the experiences and perspectives of local, national, and international Indigenous female changemakers and donate 2% of revenues toward causes that positively impact the lives of Indigenous women.

SheNative believes in giving back to the community and exists to instill inner strength and unwavering confidence in all women, using teachings from Indigenous nationhood. The company’s primary focus is on instilling self-belief; to that end, they support Indigenous women by helping them change their mindset. As a way of giving back, Devon wants to assist other women in achieving what having her own business helped her do for herself- healing and self-improvement.

Indigenous women face systemic barriers and challenges, often encountering victimization, sexualization, and racial profiling. She has a deep desire to champion, inspire and elevate Indigenous women and believes that Indigenous women are leaders and lead with the intention of reconciliation.

SheNative believes everyone has the inner strength needed to overcome obstacles and that everyone is capable of leading a rich, meaningful, and abundant life; and works towards it.

Devon Fiddler’s journey is a story of persistence, and she always wanted to share the steps of her journey as an entrepreneur. As a person who is open about her struggles and the work she has done and continues to do to grow, she wants women to know that one can break through limiting beliefs and fears. She continues to share her experiences and stories to instill that belief in every woman. This includes the common thread that Indigenous and all women share in the value of unpaid labor, especially the job of parenting that women fulfill, which is so undervalued.

Devon believes mentorship is the most impactful aspect of her achievements. As a result, she enjoys imparting her business knowledge to girls and women, particularly during the ideation phase, which involves the generation of ideas and solutions through prototyping, brainstorming, coming up with the worst possible idea, and a variety of other ideation techniques. Devon considers it important for future generations to model a successful Indigenous business.

Devon Fiddler is a young woman of substance and wisdom who approaches business with passion and an intense desire to evoke change. She is a disrupter and an entrepreneur whose leadership extends far beyond fashion. For these achievements and initiatives, Devon rightly deserves to be the Business Woman of the Month.

SheNative is a lifestyle brand led, made and created by Indigenous women. To know more about their products and initiatives, visit their website, https://www.shenative.com/.

The inspiring stories of successful entrepreneurs are always a motivation and a learning lesson for small business owners to grow. To read more on these stories, subscribe to CanadianSME Small Business Magazine https://lnkd.in/dbqmSKN. For the latest updates, visit our Twitter page at @canadian_sme. 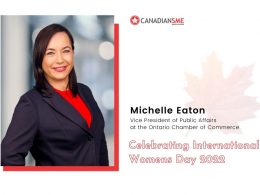 “My message to women entrepreneurs this International Women’s Day is simple: “If a door won’t open, kick it…
byCanadianSME 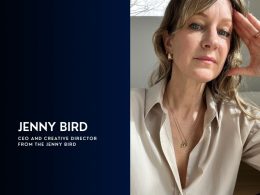 Jenny Bird – The ‘Queen of the Hoop’

CEO and Creative Director from the JENNY BIRD Jenny Bird is one of Canada’s leading fashion jewelry designers.…
byCanadianSME 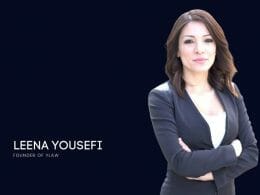 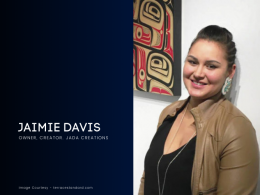 Jaimie Davis is an award-winning versatile artist and an entrepreneur from the Gitx̱san & Nisga`a Nations, presently resides…
byCanadianSME
Total
0
Share
0
0
0
0
0