In 2013, Ted was selected as one of Lexpert’s Rising Stars: Leading Lawyers Under 40.

First came R. v. Jordan (2016), the Supreme Court’s landmark decision setting a “presumptive ceiling” of 18 months for all criminal proceedings. The ruling effectively put civil trials on the back burner.

Then came Butera v. Chown, Cairns LLP (2017), which invited the court to restrict summary judgment procedures where there is “a risk of duplicative or inconsistent findings” and cautioned that summary judgment is being used as a “delay tactic.” Our courts have increasingly taken that to heart over the past five years.

Forget the “vanishing trial”; we are in an era where dispositive hearings on civil matters have almost disappeared.

There is another way.

For many commercial disputes, arbitration, now more than ever, is a better way.

Yet there continue to be myths swirling around what it means to arbitrate in Ontario, and its use as a tool to resolve disputes fully and finally, as well as swiftly and economically.

Here are five common myths about arbitration, along with facts, which ought to dispel these false notions once and for all.

Myth #1: Arbitration is just litigation with a “paid judge”

While many litigators approach arbitration this way, the raison d’etre of arbitration is to provide a private justice alternative to litigation. It is a common misconception that arbitrations governed by “the Ontario Arbitration Act, 1991” somehow import the Rules of Civil Procedure. This is not the case. In fact, many ad hoc arbitrations are a procedural blank slate. The parties have an opportunity to determine, consensually, what procedure works best for their dispute. Arbitrations administered by arbitral institutions like ADRIC and ICC have rules that provide for simplified proceedings that eliminate or truncate disclosure, discoveries, motions and evidence-in-chief. Eliminating or reducing unwanted procedures can make arbitration much more affordable than litigation, even after the cost of the decision-maker is factored in.

Myth # 2: In the end, arbitration is no more confidential than litigation

Again, the blank slate that ad hoc arbitration provides allows the parties to complete as much, or as little, discovery as they wish. Moreover, disputes around discovery rights can be practically dealt with in real-time, rather than be slow-played through the courts. Let’s say you are seeking better and further disclosure. Would you rather draft voluminous motion materials, and wait months for the issue to be heard and decided, or collaborate on a Redfern Schedule and have an arbitrator’s ruling within days?  Arbitration in the midst of litigation is also possible. An arbitrator can help break procedural logjams, resolve timetable disputes, etc.

Myth #4: Arbitration is not appropriate for medium-sized cases

There is a misconception that arbitration is best reserved for cases at the extremes – quasi-administrative matters (labour, accident benefits) at one end, and highly complex international disputes at the other. This view generally reflects a lack of creativity on the part of counsel rather than any shortcomings of arbitration. Where counsel is determined to streamline procedural steps, and put their faith in a hand-picked decider, arbitration can work well for any sized case.

Myth #5: Many arbitrators lack the skills to decide cases effectively

This is only true if the parties choose their arbitrator foolishly. Ontario is replete with excellent arbitrators boasting professional designations, like FCIArb, C. Arb and Q. Arb, from highly reputed organizations. This is in addition to large rosters of former judges and appellate jurists. Unlike litigation, where the parties have no say, parties to an arbitration can select a trier of fact who is both legally qualified and has the specific subject matter expertise or background necessary to effectively adjudicate the dispute.

Arbitration is not always the way the go, but it can be a better way if counsel are willing to work cooperatively, creatively and confidently. With civil matters being pushed further down the pecking order, it’s often the best way for clients to ensure their day “in court.”

Ted Frankel (he/him/his) is a partner in the Litigation Group at Cassels. Ted is a go-to litigator for complicated disputes ranging from corporate-commercial to shareholder oppression to sports law. He has significant trial and arbitration experience before all levels of Court as well as before domestic and international arbitral tribunals. Ted’s client base includes large and medium-sized corporations, institutions and public entities. He maintains a general litigation practice that includes disputes related to contracts, securities, officer and director liability, professional negligence, fraud, defamation, class actions, estates and trusts, franchising, property, and election law.

A strong proponent of alternative dispute resolution, Ted prides himself in a creative and practical approach that puts his clients’ interests front and centre at all times. As lead counsel on dozens of successful mediations and having earned the designation Qualified Arbitrator (Q. Arb.), Ted is equally equipped to resolve matters outside court or to try the case before judge, jury, or arbitrator.

Author
Ted Frankel
Ted Frankel (he/him/his) is a partner in the Litigation Group at Cassels. Ted is a go-to litigator for complicated disputes ranging from corporate-commercial to shareholder oppression to sports law. He has significant trial and arbitration experience before all levels of Court as well as before domestic and international arbitral tribunals. 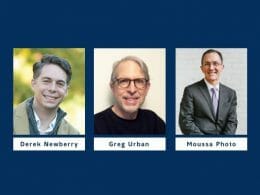 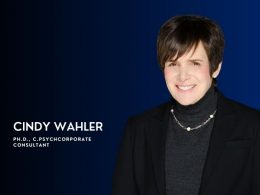 Authentic Leadership The Importance of Being Genuine to Enhance Employee Engagement

Discover why you should never ‘sell your soul’ for a paycheck, and the consequences for those who manipulate…
byCanadianSME 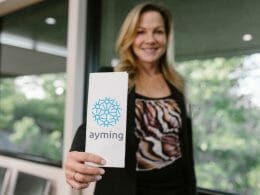 Ayming Canada: Partnering with Small Businesses for Supporting their Growth

Are you looking for ways to grow your small business in Canada? At Ayming, they see things differently.…
byCanadianSME 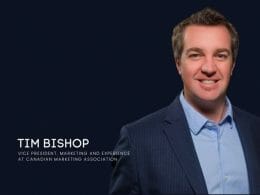 Vice President, Marketing and Experience at Canadian Marketing Association, Tim Bishop talked to us about the pros and cons of…
byCanadianSME
Total
0
Share
0
0
0
0
0