How StoreToDoor Is Giving Local Retailers a Competitive Edge

After years of running his restaurants and working in the food sector for 25 years, the founder and CEO of StoreToDoor, Scott Love’s new venture, was able to deliver and help other retailers deliver goods.

Founded in late 2020, StoreToDoor is a tech-based startup based out of Regina that provides retailers with a platform to offer customers same-day delivery services. People who are homebound and want groceries delivered to their doorstep can now be served by StoreToDoor, a not-for-profit grocery shopping and delivery service. This company currently operates in 27 cities in Canada and has more than 400 drivers working as contractors.

What Led to the Launch of StoreToDoor?

Scott originally came up with the idea for StoreToDoor while he was watching a TV show in 2019. Scott saw a business owner describe the struggle of getting their goods from brick-and-mortar stores into customers’ hands on the same day. So the very next day, Scott started chalking out a robust business plan.

After immersing himself in the Saskatchewan tech scene with angel investing and witnessing the impact of COVID-19 and Amazon on local retailers, he decided to start his grocery delivery solution on the same day after raising a whopping $1.25 million in seed funding from investors like Lex Capital Corp. in Regina, Inverted Ventures in Calgary, Golden Opportunities Fund in Saskatoon, and many other angel investors across Western Canada to fuel its expansion around Canada.

Headquartered in Regina’s business incubator, his company offers same-day deliveries to grocery, retail businesses, and pharmacies through its chauffeur network and technology platform. Although StoreToDoor focuses on SMEs (small and medium-sized enterprises), startup clients also include large retailers. In addition, Scott’s company has developed a technology that can be infused into eCommerce or point-of-sale (POS) platforms.

Since StoreToDoor’s release in Saskatchewan in December 2020, it has expanded to 25 additional stores in Alberta, Manitoba, Saskatchewan and Ontario. Now freshly capitalized, StoreToDoor plans to advance to BC (British Columbia) and several other regions to reach a national scale in 2022.

StoreToDoor’s Approach to Its Drivers and Retailers

Drivers are the main component of StoreToDoor. However, while Amazon has hyped the ease of same-day deliveries, it has drawn criticism for the way it treats drivers and how much pressure it puts on them in order to hit quotas.

According to Scott, StoreToDoor uses a gig-economy methodology for its drivers but doesn’t have delivery quotas and pays them fair wages. Drivers are paid around $7 a delivery, and some max out at 10 deliveries an hour. Recently, the company began charging dealers a fuel surcharge, which is 100% passed on to drivers.

Scott believes drivers are the most important part of his business, so there is no way he cuts their throats since it’d kill his overall business. So, Scott has a different mentality than Amazon. Amazon does this very cheaply because the membership fee they charge is very small.

On the retail side, Scott believes companies are charged a flat fee rather than a percentage for a delivery. The types of retailers where StoreToDoor is widely popular include grocery stores, pharmacies, and cannabis retailers.

StoreToDoor was founded since it wanted to give local retailers a competitive advantage over Amazon and big retailers by offering their customers same-day delivery options and that too, in a cost-effective way.

The global pandemic has compounded the headache for retailers as basic deliveries take up to 3-5 working days to arrive and their customers have better expectations. StoreToDoor takes care of all these worries.

Specializing in delivery efficiency, the platform helps grow the eCommerce business of local retailers with a great delivery experience for every customer.

They can monitor and tag the overall process for the delivery experience and facilitate delivery. StoreToDoor is an exception to the retail business, and they help maintain that brand loyalty until the final touch is given to the end customer.

Unlike other delivery services, they do not deduct a percentage of people’s orders. Instead, it is a simple ‘pay-per-delivery’ model, and rates can be adjusted based on volume.

With the rising sentiment to shop local, it is the perfect time for retailers to capitalize on it by improving the overall eCommerce experience, which also means bolstering delivery.

Biggest Challenge of StoreToDoor At Present

The biggest challenge of StoreToDoor is familiar to many tech-based companies across Saskatchewan, and that’s hiring.

As of June 2021, Scott was the only employee, but now there are 18 full-time employees at the company. Nevertheless, he finds six vacancies difficult to fill, for example, as a software engineer or in sales. Scott said that the company had to look outside of Saskatchewan to fill the vacancies, but it wasn’t easy for him even then.

Scott believes that StoreToDoor can help people who are having difficulty finding retail, and it is a tough time for them since they have been beaten since the inception of the pandemic. So, StoreToDoor believes in helping them out and giving them a competitive edge over big eCommerce retailers such as Amazon.

StoorToDoor is the best bet for people homebound as well as for retailers because:

For more information regarding StoreToDoor, you can scroll through their official website and explore more. 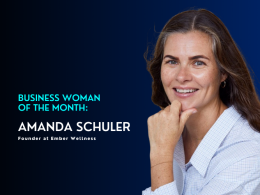 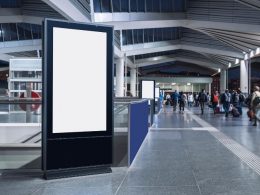 In the past couple of years, digital transformation has been constantly talked about at the business forefront. And…
byCanadianSME 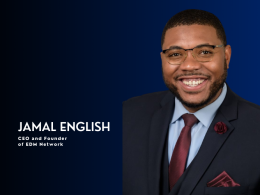 We recently interviewed Jamal English, the CEO and Founder of EDM Lead Network, to discuss his motivation to…
byCanadianSME 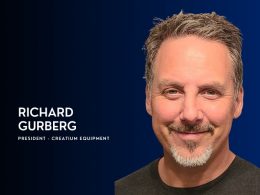 Richard Gurberg, President – Creatium Equipment How would you describe your journey with more than 30 years of…
byCanadianSME
Total
0
Share
0
0
0
0
0