Kimberly and Jasmine Chamberland – Making it Easy for People to Eat Healthy!

Do you ever have difficulty discerning whether or not your favourite food items are as nutritious as you believe they are? Due to deceptive advertising and an unlimited supply of “healthy” foods on the grocery aisle, eating properly may be a difficult and often daunting endeavour. We live in a world where no one can agree on what constitutes true health. When it comes to health trends, we live in a suspicious environment. We need to simplify things and get back to basics, like eating nutritious whole foods – and that’s precisely what the mother-daughter duo, Kimberly and Jasmine Chamberland of Big Mountain Foods, bring to the table.

A Brief about the Journey of Kimberly and Jasmine Chamberland

Kimberly grew up in the food sector. During the Hollywood era, her grandma always had large steakhouses. Her mother was then a part of the revolution – many of Kimberly’s mother’s friends were shipped to the Vietnam War, and her mother became rebellious. Kimberly’s mother was the polar opposite of anything related to posh steakhouses, thus Kimberly was reared as a vegetarian.

Her mother used to own many eateries and ran a vegan catering business. So, when Kimberly graduated, a friend of her mother started a company named Simply Wonderful Foods, where granola, tofu sandwiches, and other healthy foods were delivered. Whole Foods did not exist at the time. There were only mom-and-pop health food businesses, and that friend created a lot of items and delivered them all in one day.

Her mother’s friend chose to sell the company, and Kimberly’s mother was of the opinion that her daughter is always endowed with food and it is what she is familiar with. So, at the age of 20, Kimberly acquired the company. It was a one-of-a-kind circumstance in which Kimberly had to share the kitchen with an Italian man who used to create frozen pizzas. The Italian gentleman’s business was expanding, booming, and gaining access to mainstream grocery shops, which encouraged Kimberly.

Kimberly went to Safeway with all her products and told them that she guarantees all sales in exchange for a shot, and it was granted. There was a vegetarian dog, but no vegetable burger at that time. Her restaurant featured 15 different sorts of vegetarian burgers. She was also advised by the Safeway representative to increase the shelf life of the product in order to keep the hassle away.

Thus, the original Mountain Veggie Burger was developed, and it was sponsored by a mainstream store. So it was just a vegetable burger at that time and it has nothing to do with allergies. Soy was not a political issue for Kimberly. She finally sold the restaurant and shifted her concentration to wholesale.

Kimberly’s daughter, Jasmine, after graduating from business school, went after she got a job. Kimberly began thinking about how beautifully her daughter can offer since she is such a great young girl, and growing up in the business. So, Kimberly offered Jasmine to come to Big Mountain Foods and join forces.

Jasmine recognized she needed to be a part of the veggie-patty machine after years of seeing her mother handle it with love, attention, and care. Thus, she joined her mother in the business, and since then the mother-daughter duo hasn’t looked back.

A Brief about Big Mountain Foods

Big Mountain Foods, founded in 1987, creates natural vegan goods from authentic and fresh ingredients. Because of the high quality of their plant-based goods and the care that goes into their manufacturing, the Vancouver-based producer has been a supermarket stalwart since its start. Big Mountain Foods, which comes from four generations of enterprising women, is likewise proud to be fully female-owned and to employ 90% female immigrants.

They are happy to offer plant-based goods that are delicious, healthful, and enjoyable to consume. The nice thing about the brand is that it is more than simply a product people can buy at the grocery. Jasmine Chamberland goes to work every day, convinced that she is making a difference in the world. Their products are more than simply another vegan choice; they are part of a movement that is enabling people to feel better about themselves as well as the environment.

The brand has also just introduced four new “Veggie Links” products in the United States. The sausages, which range from bratwurst to chorizo, are manufactured from split peas and, like other Big Mountain Food products, are vegan, gluten-free, nut-free, and soy-free, as well as non-GMO confirmed. Big Mountain Foods received the Emerging Exporter Award from Business in Vancouver in 2021 for its outstanding dedication to sustainability.

About Kimberly and Jasmine’s Future Plans

The natural vegan food manufacturing company, Big Mountain Foods, led by Kimberly and Jasmine Chamberland, has developed exciting distribution connections with retail giants such as Loblaws and Kroger, which, along with their local success, helped permit the move into the spacious new plant in Delta, BC.

The location will provide the firm with the resources and worldwide reach it needs to make plant-based cuisine more accessible than ever before. Big Mountain Foods likewise intends to achieve zero-waste status by 2025.

For more information regarding Kimberly and Jasmine Chamberland, as well as their company – Big Mountain Foods, you can scroll through their official website by visiting https://bigmountainfoods.com/. 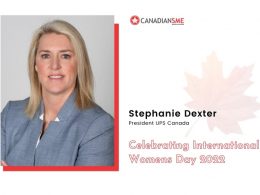 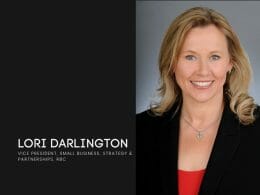 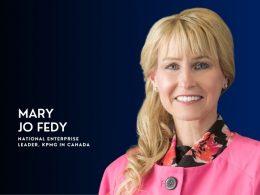 Mary Jo Fedy – A Leader in Its Truest Sense 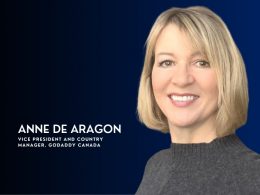