Manjit Minhas – An Upbeat Woman Entrepreneur in Its Truest Sense

Being a prosperous businesswoman often means juggling personal life, breaking stereotypes, and navigating male-dominated channels of power. But adding a South Asian mix to it makes another ball. The celebrity judge of Dragon’s Den, Manjit Minhas was able to accomplish something that others thought was almost impossible – jumping into the male-dominated and notoriously competitive spirits and beer industry. Her deep understanding and clear sharp strategy of the market allowed Manjit to completely break down traditional obstacles and grow her small business into a kingdom. Co-founded by Minhas along with her brother, Ravinder, Minhas Breweries, Distillery and Winery is currently the world’s ninth-largest brewery, producing more than 120 beer brands, liquor, spirits, and wine. Manjit Minhas is now the sole owner, CEO, and President of the company that has sold more than 7 billion beer pints to date.

A Brief about Manjit Minhas

Manjit Minhas is the co-owner and co-founder of Minhas Breweries, Distillery and Wineries. Although trained as a petroleum engineer, Majit became an expert in marketing, brand development, retail negotiations and sale management.

Manjit’s parents were Indian immigrants. Her mother came to Canada at the tender age of nine and her father at the age of 21. She and her brother, Ravinder, were born and raised in Calgary with no extended family around them. When Manjit was aged 19, Ravinder and she raised 10,000 dollars by selling their car and releasing their first beer in the city of Alberta. They bought the second-oldest brewery in the US and re-labelled it “Minhas Craft Brewery”. This acquisition officially made them the world’s youngest brewery owners.

Manjit Minhas donates her money and time to several charities including Ronald McDonald House, and The United Way (where Manjit was the co-chair of the United Way Campaign 2017). The Minhas sister-brother duo also funds a free engineering school for girls in India.

Manjit still resides in Calgary with her husband and two young daughters.

About Manjit Minhas’ Humble Beginnings in the Liquor Business

Manjit always wanted to be a petroleum engineer, but she and her brother planned to go into the world of liquor business largely because their parents owned several stores in Calgary. The brother-sister duo started making branded liquors for their family business. And soon buyers knocked on their doors for the popular mixture. At that time, there were nearly 1000 stores in Alberta and they got calls from other stores asking about availability. At first, they refused since it is a private label for their parents’ stores. Then they started to think and expanded it for general market availability. And that is when everything began to take off for them.

Manjit and her brother, Ravinder entered the beer market in 2003, thinking that there was not enough competition at the time and there was a real shortage of great Canadian brands at the time. Mountain Crest Classic Lager was their first beer that had a 5.5% ABV and was one of the strongest beers on the market at that very time. They sold the beers for a “buck-a-bottle” that was unheard of at that time. This success led the siblings to conduct experiments with diverse flavours, and in 2004 when their parents finally retired, the siblings were already successful enough.

Manjit and her brother’s partnership has benefitted from being out-and-out siblings. They were very close as a brother and sister, and they also have different strengths. Her brother used to see some parts of the business and Manjit used to see the other parts. They were able to grow rapidly but at a comfortable pace while remaining private. Minhas Brewery, Distillery and Winery is still a private company with no outside investors.

Challenges Faced by Manjit Minhas in the Beer Industry

As an East Indian woman, Manjit had a lot of trouble entering a male-dominated industry that didn’t welcome her. She didn’t fit into many stereotypes of the beer industry. Her colleagues kept on talking when she gave her presentations. Manjit had to persevere to survive and prosper in such an unwelcoming industry.

The way Manjit overcame all such obstacles was literally persistence and perseverance. Thanks to these things, she realized she can make a mark no matter what she does. So she has always been the best when it comes to research, not only for her brand but also for the entire beer industry.

Manjit’s reputation for being more well-informed than anyone else has allowed her to build strong relationships within the industry. Two decades later, Manjit Minhas is perhaps one of the most influential and famous names in the Canadian brewery sector.

Manjit’s Take on Sustainability and the Planet

As with every other business in the world, sustainable practices are turning out to be increasingly important. Minhas Breweries, Distillery and Winery, take their responsibilities seriously. Manjit is well aware that she’s not only a regular Canadian citizen but also a part of this planet. As long as Minhas Breweries have manufacturing plants, distilleries, breweries, and wineries, they are always careful about their water consumption, and they have a very closed system. Whatever they heat or cool, they make sure that they are not wasting water.

About ten years ago, they began tackling the packaging issue since they had started seeing it themselves. It is a win-win situation for them because not only they are helping the plant when it comes to curbing waste but also helping them to stop wasting money.

For more information regarding Manjit Minhas and her robust Minhas Brewery, Distillery and Winery, one can easily check the links provided below and explore more.

For more such features on women entrepreneurs in Canada, do not forget to subscribe to our monthly CanadianSME Small Business magazine. 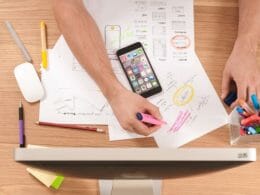 If you’re one of the 63% of B2B executives who see lead generation as a pressing challenge, this article is…
byLisa Shepherd 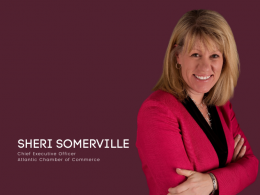 “Do something that matters and try to help a few people along your way.” Sheri Somerville is CEO…
byCanadianSME 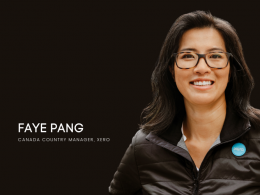 Faye Pang, Canada Country Manager for Xero, talked to CanadianSME about creating a seamless experience for eCommerce and…
byCanadianSME 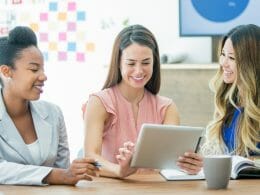 Women-led businesses are on the rise. Even in Canada, women, entrepreneurship is growing in leaps and bounds. Today,…
byCanadianSME
Total
0
Share
0
0
0
0
0