As a south-Asian living in post-9/11 Canada, Maria Qamar was subjected to racism and bullying. As a result, she sought art as a medium to express her experience in the form of comics, where she changed the outcome to get the last laugh.

Growth of an Artist

Qamar was born in Karachi to couples who were chemists. Her father was from Bangladesh, and her mother was from Gujarat, so she was exposed to both Bengali and Gujarati cultures growing up.

The prejudice and bullying against South Asians were defining experiences in her life. Growing up, she aligned with her Desi identity and Western teen goth, punk rock, and heavy metal subcultures.

Maria was encouraged to pursue medicine and become a pharmacist. However, her parents always were against her pursuing art, considering it a non-secure job and a profession where you become famous after death.

Despite her passion for art and interest in being an art director in high school, she chose copywriting as a career at the age of 20 to convince her parents that she had a real job and to get time to pursue her creativity.

Even during her copywriting work, she constantly doodled her artwork and posted it on her Instagram page Hatecopy. She also took the initiative and found time to attend an illustration class at George Brown College after work.

The Instagram page slowly started getting noticed and attention from people. Her work gained international attention when the BBC and Vogue India profiled her and when she was featured on the cover of ELLE Canada magazine for her art.

Maria Qamar is known for her satirical art that focuses on the hybrid identity of being a South-Asian Canadian. She addresses the issues of racism, the first-generation experience, body shaming, classism, and the patriarchy from her experience in pop art aesthetics.

Her style has been commented to be influenced by the works of Roy Lichtenstein and the low culture, such as Indian soap operas. Her art focuses on a Desi-audience and uses South Asian terms without translations.

A major realization about the reach of her art came when a crew approached Maria from the TV series The Mindy Project. She had to cross-check on the person to prove the mail was legit and the offer real.

Qamar has conducted exhibitions in Toronto, Los Angeles, and London. She was the youngest artist and the first from an Instagram background to exhibit their art at the 2019 New York exhibition at the Richard Taittinger Gallery. It gained massive media attention from The New York Times, Forbes, Vice, TimeOut New York, and Artnet News.

The second-generation desi community resonates with her art as it reflects her way of showing the realities and challenges of being brown and South Asian in a western land.

In 2017, she published her book Trust No Aunty which became the recipient of the 2018 Kobo Emerging Writer Prize for humour. The book is an illustrated survival guide to dealing with ‘auties’ from your community. She points at their sharp and insensitive comments that shame and embarrasses you in front of all. Maria has addressed these situations as a guidebook wrapped in tongue-in-cheek humor.

Maria Qamar’s work is filled with the drama and fire of the South Asian community. To know more about this internationally acclaimed pop artist, visit her website at https://hatecopy.com/.

Art is a powerful medium to express your voice and experience. To read more on these interesting stories, subscribe to CanadianSME Small Business Magazine https://lnkd.in/dbqmSKN. For the latest updates, visit our Twitter page at @canadian_sme. 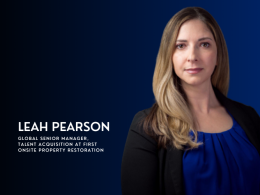 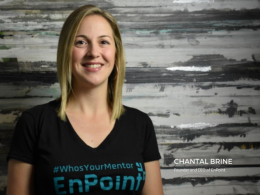 As the future of work and learning continues to evolve as a result of the pandemic, employees and…
byCanadianSME 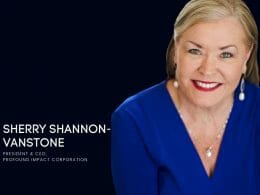 Leading a Small Business With Resilience and Ultimate Will

Sherry Shannon-Vanstone is the President and CEO of Profound Impact Corporation as well as a well-known serial entrepreneur,…
byCanadianSME 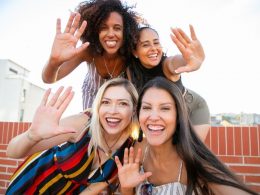 CanWCC or Canadian Women’s Chamber of Commerce is Canada’s first and only women’s chamber of commerce. Their goal…
byCanadianSME
Total
0
Share
0
0
0
0
0