Nicole Kaniki was born in Cape Town during the apartheid era. As a young child of a “mixed” or “colored” background, she experienced the reality of apartheid, living a segregated life and using separate cars, trains, beaches, and education systems.

Fortunately, she began her schooling during a period when apartheid was ending. Coming from a family that understood the importance of education, Nicole was sent to a private school that offered scholarships to kids from lower socio-economic and racially marginalized backgrounds.

The school exposed her to basketball, which would open a life-changing opportunity for her. She joined the team and went on to play in the national tournament. A college coach in the US noticed her during the game and guided her to get a basketball scholarship to Lee University in Cleveland, Tennessee.

From an identity of being ‘colored’ that gave her privileges more than the Blacks and less than the whites, she was beginning a journey that would open new meanings of race and color.

Kaniki considers her shift to Southern USA as a period of self-reflection. Here, her identity was perceived as African American. It was a navigation through the complexities of race as an African in the Black Culture in the US.

In 2005, she graduated in athletic training and took up a job as an athletic trainer at a college. She visited Canada to attend a wedding and was so impressed by the multicultural nature of the country that she decided that was where she wanted to raise her kids.

Three years later, she enrolled at Western University and moved her family to Ontario. Again, this was a period of education and earning degrees. She completed her master’s in kinesiology and Ph.D. in research design and data analysis, followed by another master’s in women’s studies.

More than a quest for knowledge, these were survival moves as she couldn’t find opportunities for professional development. Despite her 15 published papers and prolific credentials, she felt invisible as she observed her white peers, who had far less experience, land the job placements for which she had also applied.

Carving Her Position in Academia

Her experience as a Black woman in academia has had a defining impact on her career. In 2015, she started working at Western University as a research ethics officer, and over time, she rose to the position of special adviser on anti-racism to the university president.

In 2021, Nicole Kaniki became the first director of equity, diversity, and inclusion in research and innovation at the University of Toronto. Her position is an inaugural office and one of a kind at a Canadian academic institution. It entails serving as a resource and advisor to researchers at all levels, facilitating workshops, creating training curricula, and supporting the University of Toronto’s EDI objectives.

Her passion for social justice and a track record of building bridges helped her in her new role as she examined, advocated for, and advanced EDI in all aspects of the university’s research, innovation, and entrepreneurship.

She is working to implement the task force’s 56 recommendations to combat anti-Black racism and advance Black inclusion and excellence, as well as the recommendations made by the university’s steering committee in response to the Truth and Reconciliation Commission of Canada.

According to her, a lack of relationships between underrepresented groups and the institution frequently contributes to the othering that occurs with these groups. Her efforts at Western University functioned as a bridge to develop a relationship with the community and the senior and administrative leadership on the foundation of trust. She is working to continue her legacy at the University of Toronto by fostering the institution’s connections with underrepresented groups.

Kaniki is in the process of developing the University of Toronto’s Black Founders Network with the goal of fostering Black and Indigenous entrepreneurship. In addition, she is investigating the multiple opportunities to support Black entrepreneurs through partnerships and community involvement.

Nicole Kaniki is optimistic about universities’ heeding the call for change and hopes to accelerate the significant progress made by the University of Toronto by setting an example for post-secondary institutions around the globe.

The value of perseverance and constant striving will eventually lead to opportunities being made and offered to you. To read more about these inspiring stories, subscribe to CanadianSME Small Business Magazine https://lnkd.in/dbqmSKN. For the latest updates, visit our Twitter page at @canadian_sme. 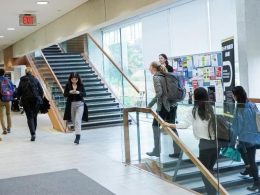 When the world of work suddenly shifted to remote, companies had to act quickly to retain employees and…
byCanadianSME 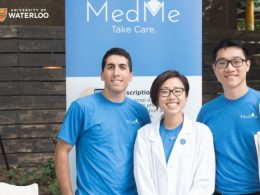 When University of Waterloo grads experienced issues like the uncertainty of the home buying process, the hassle of…
byCanadianSME
1 share
1
0
0 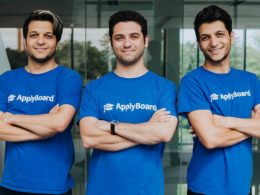 ApplyBoard: On a Mission to Make Foreign Education Accessible

Martin Basiri faced challenges when he tried to apply for a Masters’s degree in Canada. Originally from Iran,…
byCanadianSME 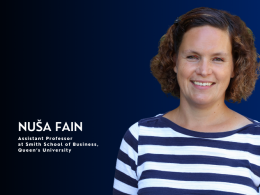 Pros And Cons Of Starting A Side Hustle: The Expert Opinion

We had the chance to speak with Nusa Fain, Adjunct Assistant Professor & Director, MMIE, who shared her…
byCanadianSME
Total
0
Share
0
0
0
0
0