EDMONTON, Alberta, July 14, 2022 (GLOBE NEWSWIRE) — The Government of Alberta is investing over $40 million through Emissions Reduction Alberta (ERA) in 11 projects focused on advancing the province’s global leadership in carbon capture utilization and sequestration (CCUS). If successful, these projects could lead to over $20 billion in capital expenditures, create thousands of jobs, and reduce about 24 million tonnes of emissions annually—this is the equivalent of reducing Alberta’s annual industrial emissions by almost 10 per cent.

On July 13, 2022, ERA and the Government of Alberta announced the approved projects for the Carbon Capture Kickstart: Design and Engineering funding opportunity. This funding advances CCUS-related technologies in step with emerging Provincial and Federal policies. Many of these projects represent the first stage of significantly larger overall project plans. All funded projects plan to be up and running by 2030.

Funding recipients represent industrial sectors including power generation, cement, fertilizer, forest products, and oil and gas. Large emitter sites across Alberta, from Medicine Hat to the Industrial Heartland, Hinton to Exshaw, and in the Alberta Oil Sands, will participate. This investment is sourced from the Government of Alberta’s Technology Innovation and Emissions Reduction (TIER) Fund.

“We are serious about advancing and commercializing CCUS technologies in this province. There’s a reason Alberta has been the host of several world-first commercial projects. Carbon Capture Kickstart is another important investment that will help enhance the competitiveness of our energy sector and strengthen Alberta’s position as a world leader in developing CCUS technologies.”
Sonya Savage, Minister of Energy

“Alberta’s investments in homegrown technologies are good for the environment and the economy. This commitment is proof that Alberta and our key industries are ready to build on our long-standing global leadership on emissions reduction.”
Whitney Issik, Minister of Environment and Parks

“This significant investment will create a diverse roster of investment-ready projects, support shared learnings about the economic and emissions reduction potential of this critical technology, and position Alberta and Canada to develop and deploy the CCUS technologies the world needs.”
Justin Riemer, CEO, Emissions Reduction Alberta

Carbon Capture Kickstart helps position Alberta companies to take advantage of the Federal Government’s tax credit for capital invested in CCUS projects starting in 2022, the Government of Alberta’s carbon sequestration hub approach, and aligns with the $305 million over four years earmarked by the province for future carbon capture projects.

Natural Resources Canada (NRCAN) is also committing up to $50 million through its CCUS Front-End Engineering Design (FEED) Studies funding program to 11 projects, five of these are Alberta-based projects also receiving funding from ERA. ERA and NRCan worked closely to jointly leverage funds for projects based in Alberta. Successful Carbon Capture Kickstart projects include:

“ERA funding from the Government of Alberta will enable Nutrien to invest in a carbon capture technology study at our Redwater site, as we work to build a net-zero future for ammonia. Nutrien is committed to the decarbonization of nitrogen fertilizer production to help achieve our 2030 Scope 1 and 2 emissions reduction goals as part of our Feeding the Future Plan.”
Raef Sully, Executive Vice President and CEO, Nitrogen and Phosphate at Nutrien

“Support from ERA and the Government of Alberta will be the catalyst to jump-start the assessment of technical and economic feasibility of carbon capture at our Exshaw cement plant and associated transportation and sequestration with the Bow Valley. Carbon capture, utilization and storage (CCUS) are among the most important technologies in our portfolio. We are committed to de-risking and expanding technology knowledge transfer to lay the foundation for decarbonization in our business.”
Brad Kohl, President and CEO, Lafarge Western Canada

“Collaboration and support for Pathways Alliance’s ambitious carbon capture and storage project from governments and forward-thinking agencies such as Emissions Reduction Alberta is vital for helping Canada meet its climate goals. These efforts will help ensure our country is the world’s preferred supplier of responsibly produced energy.”
Kendall Dilling, President, Pathways Alliance

“The City of Medicine Hat is excited to be working with the Government of Alberta and Emissions Reduction Alberta to advance Project Clear Horizon. Project Clear Horizon is one element of our dedication to business retention, expansion and attraction in Medicine Hat, as well as our dedication towards reducing risk through the low-carbon transition for both existing and future industry resulting in a balance between a strong economy and healthy environment.”
Linnsie Clark, Mayor of the City of Medicine Hat

“ERA and the Government of Alberta play an integral role in supporting industry to advance leading-edge technologies that will help decarbonize our economy while enhancing competitiveness. The Genesee CCS Project is anticipated to capture up to three million tonnes of CO2 per year and would make the repowered Genesee 1 and 2 units a near-zero emitting source of firm, dispatchable capacity supporting Alberta’s pathway to decarbonization.”
Brian Vaasjo, President and CEO, Capital Power

All ERA funding recipients are required to produce a final outcomes report that is shared publicly for the broader benefit of Alberta, as well as other funding proposals. Funding recipients will be required to report on project outcomes, achievements, and lessons learned including GHG reductions, job creation, and other environmental, economic, and social benefits.

ABOUT EMISSIONS REDUCTION ALBERTA (ERA):
For more than 12 years, ERA has been investing revenues from the carbon price paid by large emitters to accelerate the development and adoption of innovative clean technology solutions. Since we were established in 2009, we have committed $830 million toward 230 projects worth $6.6 billion that are helping to reduce GHGs, create competitive industries and are leading to new business opportunities in Alberta. These projects are estimated to deliver cumulative GHG reductions of 40 million tonnes by 2030. 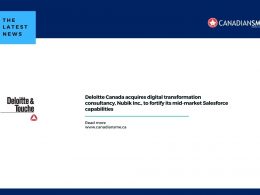 Deloitte Canada is acquiring Montreal-based digital transformation consultancy, Nubik Inc. (“Nubik”), to bolster its presence and leadership in the…
byCanadianSME 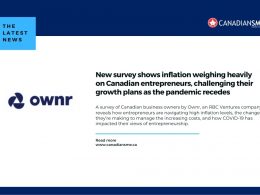 A survey of Canadian business owners by Ownr, an RBC Ventures company, reveals how entrepreneurs are navigating high…
byCanadianSME 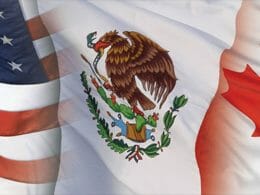 How Canada can benefit from the North American Leaders’ Summit and three things it must accomplish: Canadian Chamber of Commerce 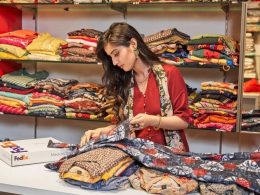