PRINCE GEORGE, BC – As the largest city in Northern British Columbia, Prince George is an economic hub that is key to prosperity across the region.

The Minister shared his vision for how PacifiCan will work with British Columbians to drive economic development in communities like Prince George and throughout British Columbia.

As a new federal agency dedicated to British Columbia, PacifiCan will be a long-term partner in British Columbians’ economic success. Throughout the coming year, PacifiCan will expand its on-the-ground presence beyond its existing office in Vancouver. This will include a new headquarters in Surrey and staff in Campbell River, Cranbrook, Fort St. John, Kelowna, Prince Rupert, Victoria and Prince George.

In his remarks, Minister Sajjan described how PacifiCan is resourced with $110 million a year to support economic development by investing in British Columbian businesses and communities and by helping British Columbians through advising, pathfinding, and convening. Minister Sajjan emphasized partnerships across governments, industry and community as key to enduring economic success.

The Minister also referenced over $1.9 million in investments for six recipients in Prince George and surrounding communities that he announced earlier in the day while visiting the Exploration Place Museum and Science Centre in Prince George.

Minister Sajjan closed his remarks by noting that PacifiCan is committed to working with British Columbians to build a more inclusive, dynamic and stronger economy in communities throughout the province.

“I am committed to championing and working with Prince George and all communities throughout British Columbia. With the launch of PacifiCan, BC businesses have a dedicated federal partner that recognizes the unique strengths and challenges of BC’s dynamic economy.”
–       The Honourable Harjit S. Sajjan, Minister of International Development and Minister responsible for the Pacific Economic Development Agency of Canada 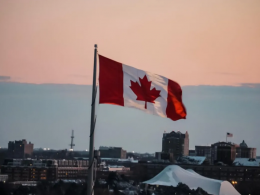 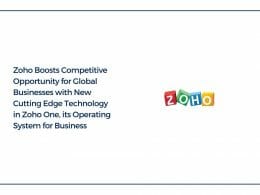 Zoho Boosts Competitive Opportunity for Global Businesses with New Cutting Edge Technology in Zoho One, its Operating System for Business 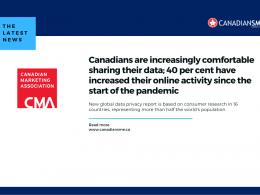 Canadians are increasingly comfortable sharing their data; 40 per cent have increased their online activity since the start of the pandemic

New global data privacy report is based on consumer research in 16 countries, representing more than half the…
byCanadianSME 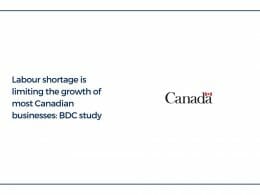 Labour shortage is limiting the growth of most Canadian businesses: BDC study