Why Embracing Change is Key to Success for Canadian Manufacturers?

The manufacturing industry has been a significant contributor to the economy of Canada. In British Columbia itself, it is the third-largest source of employment. More than 400,000 jobs in the country depend on manufacturing. Some industry experts might say that the manufacturing sector has become unpredictable since the market collapse in 2008. However, what is becoming more apparent is the fact that a huge transformation has already occurred in this sector, and with the advent of technology, the manufacturing industry in Canada is making way for all new process-oriented approaches.

Industry 4.0 has transformed the manufacturing industry around the world. The advent of digital, biological, and physical revolutions has lowered operating costs, increased flexibility reduced waste, and improved the overall product quality. And technological advancements have opened new doors for innovation. Canada always had a poor investment record in terms of innovation in the manufacturing sector. The manufacturers have been underestimating the role of technology in the industry. As a result, the productivity growth has been slowest in the last 15 years or so.

However, times are now changing. Canada is home to several dynamic manufacturing companies that are at the forefront of technology adoption. And these businesses are benefiting from greater effectiveness, lower costs, and an increased capacity in delivering innovative and customizable products. As a result of which, the manufacturing industry in Canada is seeing rapid growth.

State of Advanced Technology in the Canadian Manufacturing Industry

As per CME’s Management Issues Survey 2018, 40.1% of respondents currently use advanced manufacturing technologies. Indeed, it is a huge growth in terms of Canadian manufacturing companies who are embracing Industry 4.0. In 2016, the percentage was 37.9. This means, there has been a steady growth in the numbers. Also, the report stated that more than half of the respondents in 2018 have plans on investing in newer technologies in manufacturing in the next three years.

Today, the fact remains that more than half of the manufacturing businesses in Canada are not investing in advanced technologies. And close to another half does not have any immediate plans of doing so. The report also states that there have not been many investments done in terms of embracing technology in the manufacturing sector since 2010 in Canada. The 2017 report by BDC, Industry 4.0: The New Industrial Revolution, suggested that even though digital technologies have gained traction in Canada, the manufacturing sector is still at a very early stage of embracing the rules of Industry 4.0. The report stated that only 3% of businesses have implemented the Industry 4.0 projects, while the rest 36% are halfway through the process. Meanwhile, 42% of the manufacturing companies in the nation have not done anything at all yet.

As a result of this, the Canadian manufacturing businesses are lagging behind in terms of investments in new machinery, technologies, and equipment from their international counterparts. OECD data also suggests that the Canadian gross fixed capital formation (GFCF) has only risen by 6% in the last five years. That is quite below the average of OECD which is 24.6 %. The GFCF growth rate in the US was 26%, the EU was 30% and Ireland and Iceland have recorded double growth in the last five years.

CME’s Management Issues Survey in 2018 pointed out that there has been a significant gap in the tech adoption rate in small-scale manufacturing companies. The survey also stated that only 26% of the small businesses have incorporated advanced manufacturing technologies. For the large businesses, the percentage went up to 61%. Naturally, small businesses are less likely to invest in advanced technologies even in the future. When they were asked about whether they are considering making such investments in the future or not, 40% of them answered in affirmative.

The small manufacturing businesses were also of the view that the Canadian government isn’t supportive enough towards them. Also, they felt that the government tax and regulatory policies were been less supportive towards them over the past three years. The survey findings also focused on the need for specific policies which are tailored just for the small manufacturers. Small businesses also wished for the government to provide them with investment incentives that would be better suited for their requirements so that it can promote their growth and reduce the overall cost of doing business in the country.

Why Canada isn’t Taking the Leap Yet?

As we can see, digitization in the manufacturing industry has been proven beneficial in almost every nation. Then why is Canada lagging behind? There isn’t any particular answer to this. However, the local business culture, the overarching economic conditions, and corporate leadership might be stated as a few reasons. Three major reasons for this could be –

·       A lack of data about the technologies that are available. This is preventing businesses from making confident, informed, and strategic decisions related to digitization.

·       High purchase costs and uncertain ROI which is causing companies to hesitate on pulling the trigger while making new technological investments.

·       Labour and skills shortages are preventing the manufacturers as well in optimizing the use of those newer technologies.

Industry 4.0 is revolutionizing the manufacturing sector all around the world. Companies that have already embraced digitization will realize extraordinary improvements in terms of work efficiency, greater flexibility, adaptability, and lower operating costs. Although Canada is lagging behind other countries, we can still hope that it catches up real soon. If the nation wishes to maintain a competitive manufacturing sector, it is important to include manufacturing technologies and digitization in its work processes. 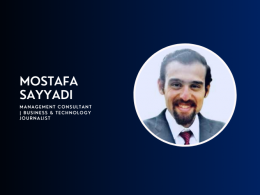 Designing and implementing strategy in today’s turbulent digital world is more difficult and complicated. In a competitive environment,…
byMostafa Sayyadi 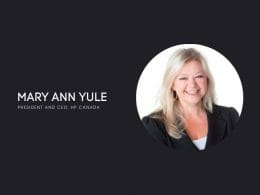 By Mary Ann Yule, President, and CEO, HP Canada While we are not out of the woods yet,…
byMary Ann Yule 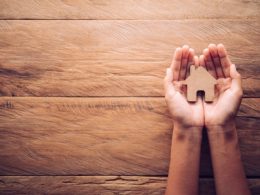 With rental housing vacancy rates below 1% in large cities in Canada, access to housing is becoming even…
byAdam Gant
1 share
0
0
1 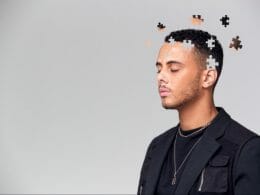